Nature is definitely something majestic and completely unpredictable. Tornadoes are probably some of the most fascinating nature`s creations. They appear from nowhere, bring huge destruction and vanish. Even though we have the most advanced technologies, we still cannot handle tornadoes. The only thing we can do is to stay away from the place where a tornado is expected.

That’s why if you are writing a research paper about tornadoes, it will definitely get attention. However, the topic is not so easy. That’s why we have prepared some tips on custom research paper writing provided by expert writers from EssayLib.

To make your paper succeed, pay attention to these tips from specialists. We would divide them into two main categories: specific tips and general tips.

Some specific tips are the ones that advice what information you can include in the paper:

A Research Paper Types You Can Be Assigned to

Usually, students do one of the following research paper types:

In the first case, you need to discuss your idea based on some facts and evidence. Here, you should choose a controversial topic that allows discussion.

In the second case, you have some sources and based on them, you need to perform a detailed analysis of the question. 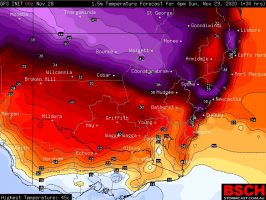 The heatwave that commenced on the 27 November 2020 has continued into Saturday 28 November 2020. There has been a wide variation of temperatures including erratic temperature swings, especially in areas close to the cool change and the presence of dry thunderstorms.

Much of Southern Victoria has missed this event as cooler southerly and south westerly winds prevail but areas along the Murray River, it has been hot.

However at Wagga Wagga 130 km to the north, there have been sudden and erratic temperature swings caused by dry thunderstorms passing over the city. The maximum temperature at 1 pm was 38.8C but by 1.27 pm, it fell to 30.7C. At 2 pm, it was back up to 37.7C but by 3.37pm due to another storm, the temperature had plummeted back to 22.8C. At 3.48 pm, the temperature had increased back to 29C. The presence of the storms is having a major effect on the weather for this area and there has been 4.8 mm of rain. Furthermore, there have been wind gusts of over 80 km/h from the storms with one gust peaking at 87 km/h at 3.41 pm.

Temperatures have reached 45C at Fowlers Gap, 44.9C at Wilcania and 44.5C at Ivanhoe, all in western New South Wales.

Even in Moruya (NSW South coast), it reached 40.3C at 2 pm prior to a weak cool change moving through that part of the state.

Erratic temperature swings have occurred over Canberra with a peak temperature of 34C at 1.04 and a storm dropping this to 21.8C at 3.54 pm.

Further north, there have been no storm activity within the Sydney region and maximum temperatures have reached or exceeded 40C over much of the city with 40.8C at Observatory Hill Hill and 40.7C at Penrith and other areas reaching or exceeding 41C. This is expected to make way for an uncomfortable warm night for the city. 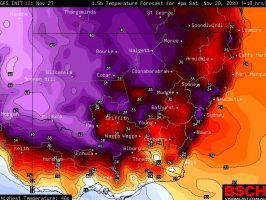 A significant burst of heat has filtered into south east Australia which has seen some remarkable maximum temperatures being recorded for November. As with most heatwaves, the worst affected regions are the inland areas distant from the coast.

This heat has filtered into the Sydney basin and Western Sydney is expecting 2 consecutive days where maximum temperatures are forecast to reach 40C or higher.

The temperature plots attached are showing the areas worst affected by this event. In south east Australia, the worst affected areas are expected to be the Riverina region then north west towards Broken Hill and into north east South Australia where few people live.

Tibooburra in the far north west of New South Wales is expecting 4 consecutive days of 40C including 44C, 41C, 43C and 45C between Saturday and Tuesday.

A concern of these heatwaves are that grass dries out quickly which increases the fire risk and Western New South Wales is identified as being at high risk of grass fires from theses events.

Another feature of these events is that overnight minimum are often higher than normal. A minimum overnight temperature of 30.6C was recorded at Ivanhoe (NSW) as a sample for the 24 hours to 9 am 28/11/2020.

This event is significant for November and shows that heatwaves are capable of occurring in late spring across south eastern Australia. 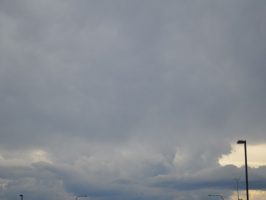 In some cases there was too much cloud cover.

My wife and I drove out of Sydney to investigate storms developing to the south. While these were stronger than those nearby, they lacked ideal structure and cloud tops were hidden by a layer of cirrus cloud.

The cells to the south traversed eastward and occasional cloud to ground lightning was observed. Late afternoon, a large shelf cloud broke off and passed overhead and storms went into decline.