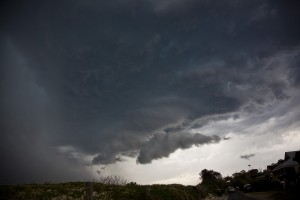 Back end of a hailstorm as it passed across Nelson Bay. Bolts ripped through this base!

What can I say! I am stunned about the way things unfolded today. Even when I spoke to David prior to the chase was anticipating to end up at Tea Gardens with some high contrast base images! 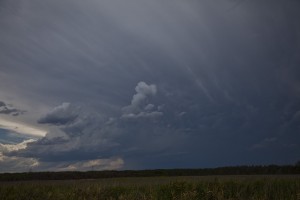 I did try intercept the earlier storms as they aimed for Bulahdelah (although I was half guessing they would not make the trip). I kept reminding myself that my target was the Nelson Bay region. These high based cells collapsed so I quickly re-positioned in the Tea Gardens area awaiting some other storms that had developed observed from my rear vision mirror. 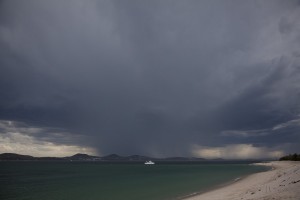 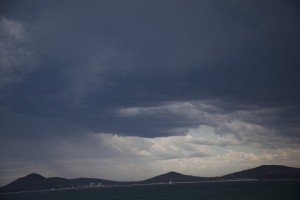 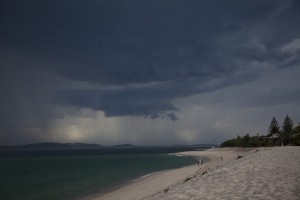 I had never visited the Tea Gardens region prior to this trip. From the time I set myself with Jimelle and Imelda near the beach, the storm structures went from dull to improving to incredible contrast! The green tinge was obvious to anyone as they all took pictures and videos of the event! The storm seemed to intensify as it neared me passing through Nelson Bay region. 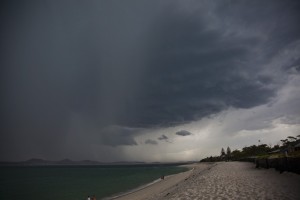 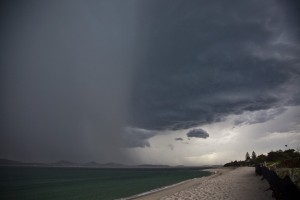 I hope the video did the lightning  justice as staccato bolts interrupted the base in a barrage! The hail shaft was dense and so localised. We missed out on the hail but Matt Piper suggested it hailed in his region to the size of at maximum 2cm. 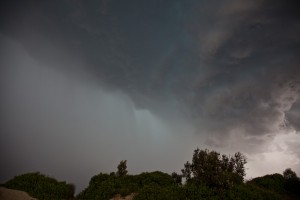 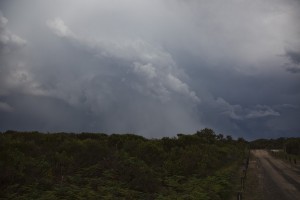 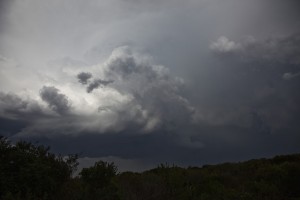 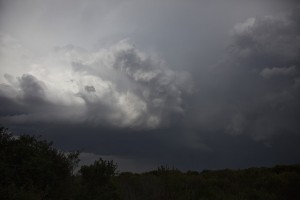 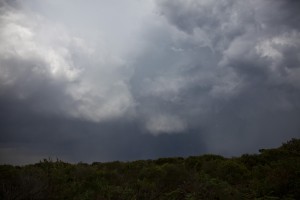 After the storm, I made the mistake of leaving the beach and heading north. The National Park made it difficult to see the bolts and base features. Once I found a half decent opportunity, I took it. The storm still kept going up the coast at this point developing along the flanking line.

Here is a good example for the newbies wandering why there was hail with this storm and yet no black on radar. The Nelson Bay region is very close to the radar so the radar does not exhibit the best echos.

Taking a look at Sydney's radar, a different story. Although fairly distant, the storm can be seen in a split with the left mover slowing down and intensifying and the right mover moving off the coast. Was this a boundary interaction? Was it a supercell? What are people's thoughts? The period when the cells would have been splitting.