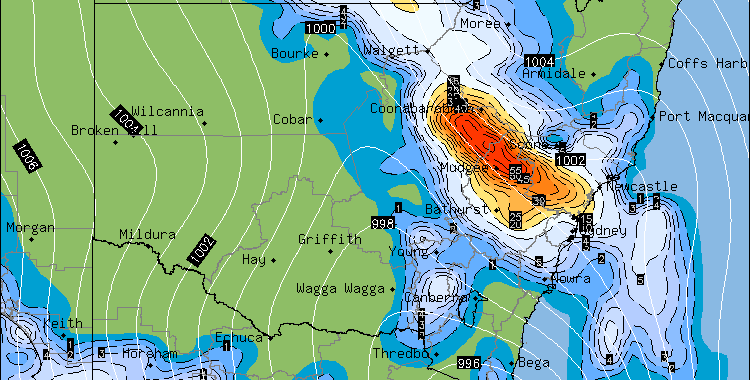 It seems rain is still likely to occur to provide top up rain from the previous rainfall from last Sunday. There is the chance of localised heavier rain with thunderstorms but the likelihood of very heavy rain along substantial boundaries are not favoured on both models. The GFS has still sided with heavy rainfall in the Hunter Valley and North West Slopes but not supported by the Bureau models.

So what eventuated from this event - 50mm fell at Gosford during the heavy rain and storms as well as a heavy fall in Nobbys Heads.