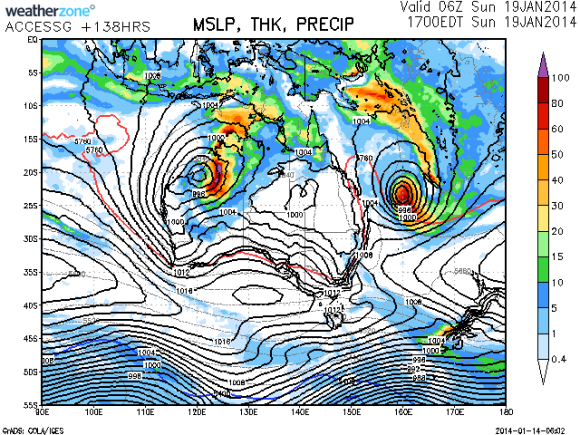 A tropical cyclone watch is already issued by the Bureau of Meteorology for the 14th January 2014.