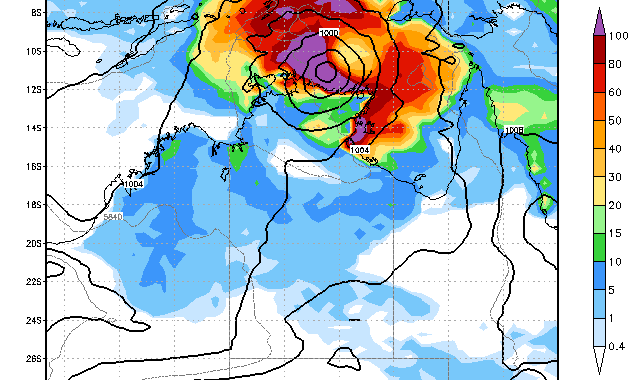 The development of a tropical cyclone is possible later this coming weekend as abundant moisture and heating with widespread thunderstorm activity organises in the southern part of the Arafura Sea. If this is the case, a possible track is for the activity to head towards Darwin. Although it is in the initial stages of the latter part of the Bureau of Meteorology models, it is the time of the year that such activity can occur and should be monitored.