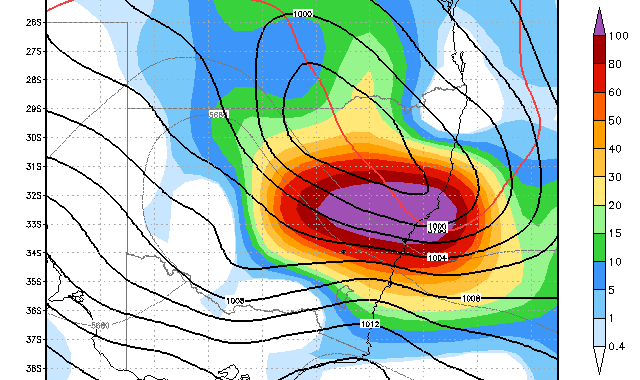 If this comes off, it may be the most significant rainfall event in at least a year for a majority of eastern NSW. Given the fact the region has been dry for such a long period of time, it is inevitable that a significant rain event is to settle the imbalance. It will have to be watched to see if the long term models are correct about this event.

A rain event is almost likely for inland NSW and Queensland but these long term models are trying to depict a developing low situated near Sydney. Such conditions are difficult to determine this far out.