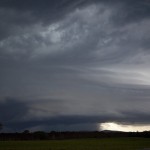 Intercepted this supercells with Michael Bath meeting up after having intercepted it himself from the northern perspective. I began the day leaving Sydney (leaving too late as it turned out. Commiserations for Colin who was not able to chase – this chase was dedicated to him!)  The storms developed near Mt Seaview. 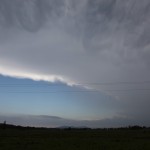 One storm remained near stationary and another followed but moved in a NNE direction. Both storms displayed intense cores despite their distance from the Namoi radar located near Gunnedah (approximately 200km away). The storm moving northeast was more enticing so I gave chase to this one. Briefly however, I turned to go back for the stationary cell despite its right moving characteristics. But I U-turned north based on the previous plan to chase the Northern Rivers late in the day.

Receiving a call from Michael was welcoming and through the gaps in Coffs Harbour I was able confirm with him what seemed like a mesocyclone. We both confirmed that this warranted a chase slightly inland as the storm was moving north over Dorrigo.

A couple of stops along the road north to Grafton allowed for a nice look at the supercell structure effectively validating the storm chase. 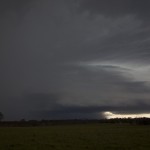 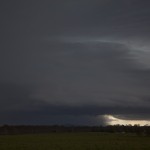 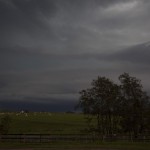 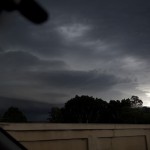 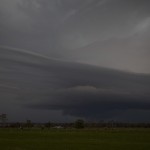 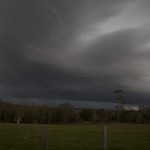 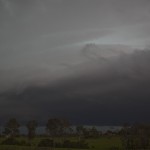 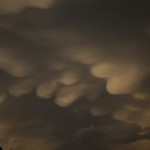