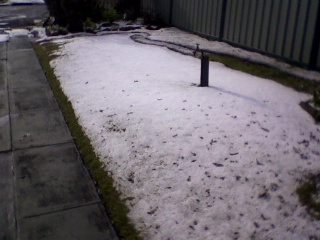 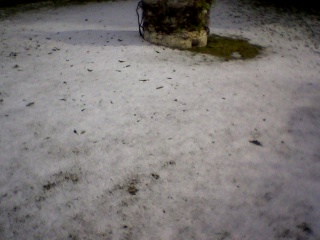 Following the early morning thunderstorm activity off the coast of Sydney early Thursday, further thunderstorm activity occurred along the New South Wales coastline as the day progressed. Some of the storm cell cells were significant and requiring emergency services to attend to calls and jobs resulting from the weather event.

The attached MODIS (Worldview) satellite image with overlays (Image 1) is showing thunderstorm activity along and parallel to the New South Wales coastline between Newcastle to the north and Ulladulla to the south.

A second image is showing more storm activity over the New South Wales North Coast including one significant thunderstorm cell south east of Coffs Harbour but off the coast and another cell to the west of Coffs Harbour.

During the late morning and afternoon, thunderstorm cells impacted parts of the New South Wales Central Coast including Bateau Bay and another storm impacted Maitland where there were reports of hail to the size of golf balls.

Another more significant thunderstorm impacted an area north of Coffs Harbour with sizeable hail being reported at Corindi Beach and Red Rock (This event is covered under a separate post with photos).

One particular storm impacted Bateau Bay area producing heavy rain, flooding and hail. Hail drifts were reported due to the amount of hail that fell. While some reasonable size hail was reported, much of the hail was small. The attached photos provided by Colin Bryant (Storm Optix) 17/9/2015 were taken on a mobile phone camera. While the images are small, they generally show hail drifts within a suburban area of Bateau Bay following the storm.

Bateau Bay was hit hard by the storm and emergency services were called to address matters such as traffic chaos, power loss, flooding and damage to buildings. In addition, up to 59 children had to be evacuated from a child care centre due to damage to the roof of the centre. It is also known that part of a roof of a local shopping centre was damaged during the event.

Rainfall varied significantly depending on where storm activity occurred. Hence heavy rainfall was hit or miss and often localised to small areas. Rainfall totals from the storm events for the period 9 am to 7 pm 17/9/2015 include:-

The larger falls were coastal in nature and close to the coastline.

For the 24 hours to 9 am 18/9/2015, the final rainfall tally including overnight shower / rain activity being the highest totals include:-