A spectacular storm hit Sydney this afternoon during rush hour with heavy rain, lightning and a severe thunderstorm warning which has expired. More warnings were issued for the Central Coast and Lake Macquarie region this evening for heavy rain. A spectacular shelf cloud was observed across the Eastern Suburbs prior to the storm approaching. Rainfall totals reflect the storms most intense cores passing through the southern and eastern suburbs. 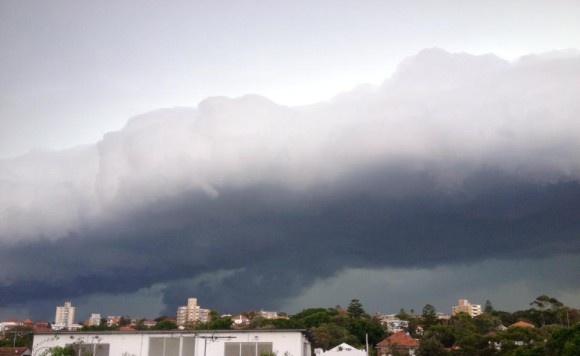