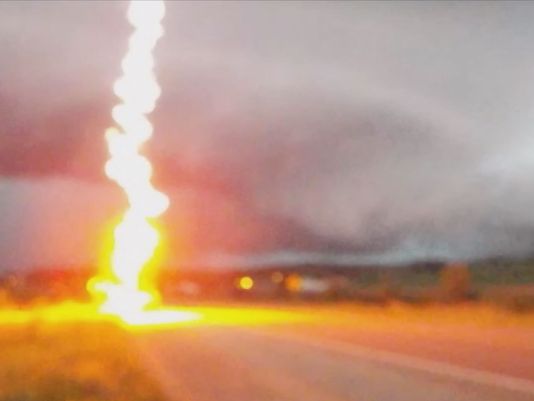 Storm chasers are obviously well aware o the risks of lightning strikes and not immune to the dangers. When lightning is more frequent or very frequent, it is probably best to remain in your vehicle. I recall in El Reno tornadic event in 2013, we also brought in the antenna as the lightning bolts from the supercell were insane! Similarly, the lightning here was well ahead of the gust front and core of the storm and produced by an active anvil! A direct hit from this bolt would have been instant death! Danny Murphy was lucky and hit indirectly by a branch off this lightning and was still hospitalised.  For those chasers who stand on top of their pick-up trucks and out in the open during particularly active storms, think again as the probability increases dramatically.

Here is the video and associated article when a lightning struck a storm chaser Danny Murphy in the US - the chase near Des Moines, Iowa

One thought on “Lightning Strikes a Storm Chaser”