Began the day heading to Exeter and then after something to eat, headed to Marulan - out target. It only took about 30 minutes before cumulus began to break the cap. After moving around for a good position, we finally settled a few kilometres out of town. The storm broke through one more level and within minutes - lightning. As the storm dumped the lightning increased in frequency. Who came down the road - Michael Thompson! Video was obtained and we exchanged the usual welcome stories. And then a little false excitement - Yep "outfloW! 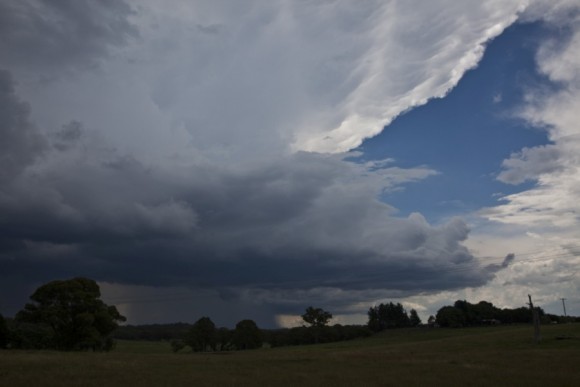 Contemplating another move, we simply relocated north. The outflow pumped up more storm updafts. Occasional strong bolts increased in frequency as the storm once again cranked up once more. With updrafts surrounding us, and more rain approaching, we headed north once more. Upon approaching Exeter, the back-sheared anvil appeared. For Harley and Colin though, they did not see what I was seeing and simply stood there in astonishment at how crisp and powerful the anvil was! there were a couple of intense cores to the south east and another to the southwest. Sampling the core only yielded the declining storm intensity phase despite the warning being renewed for our area. With anvil heaven, the source of heating diminished right across the region and in the end covered even the Sydney region. Chase over! 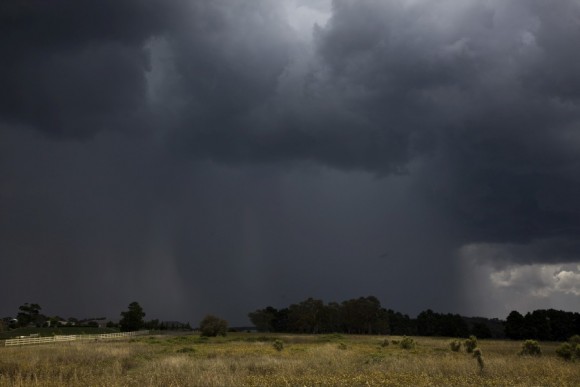 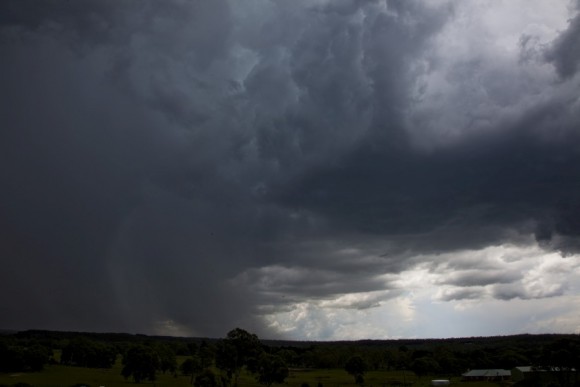 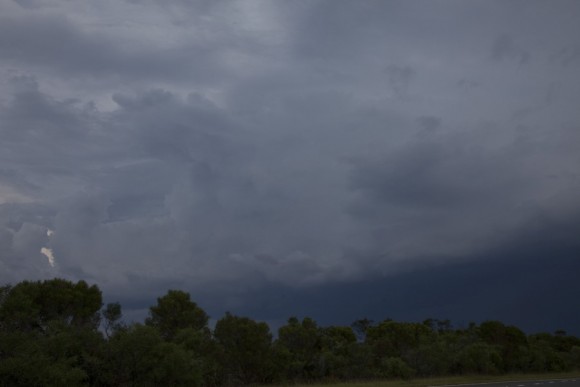