Some photos of the severe storm / possible supercell which developed just southwest of Casino, NSW 9th January 2012. Cape was extremely high thanks to the surface conditions of 37/21 (Casino AP 2pm obs) just prior to initiation. GFS pretty-much pinpointing a triple point where the convection fired.

Some lovely explosive updrafts at the back. Was chasing with my wife Alison (rather rare occassion!), and also met up with Jason Paterson and Rodney Wallbridge.

We copped one wicked gunshot flang with two "pops" at this location as the updrafts backsheared over the top of us. Plenty of other clear-air CGs spotted too - would have been awesome in the late arvo light or evening.

The storm caused some damage across parts of the Alstonville Plateau, including near my place at McLeans Ridges. 25mm in the gauge with 120mm/hr max rain rate. The storm weakened as it crossed the coast to the east of here.

More convection fired up in the same sort of area towards sunset, though lightning died off too soon. 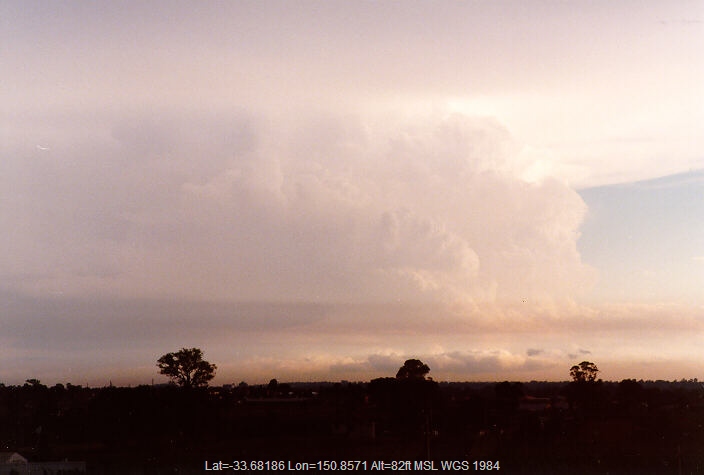