Tropical Storm Ida has intensified rapidly into a Category 2 storm with peak wind gusts to 85 knots (158 km/h) at the core. The storm reached hurricane status as it passed over the western coastline of Cuba before moving off the coast. The storm is now at or just above a category 2 system on the Saffir Simpson Scale. The storm will be supported by waters that have been heated to 31C.

At the present time, the storm is taking on a spiral appearance as it intensifies. To date, this will become the strongest storm this season for the region and the storm will have potential to cause significant wind and flood damage at landfall.

As at 2 am EDT (US time), the storm was moving at 13 knots (24 km/h) towards the north-west and the forecast cone from the National Weather Service 27/8/21 is showing landfall over the Louisiana coast just to the west of New Orleans. Landfall is expected on Sunday morning.

Likely rainfall totals are forecast to reach in excess of 250 mm around New Orleans increasing to 350 mm for areas situated further west.

The radar image for the region is also attached and while the storm is not fully visible, its location is evident by the storm and rain bands just off the west coast of Florida. 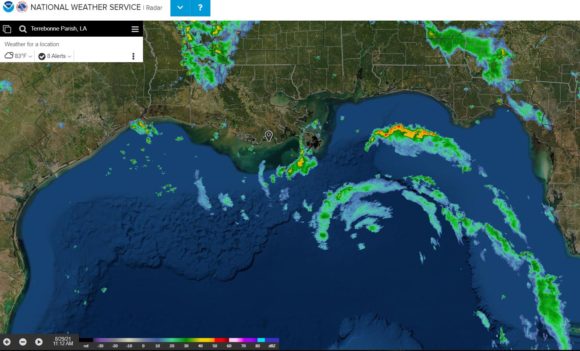 Significant warnings and alerts have now been issued as significant wind damage is being forecast in areas where landfall is likely and such warnings cover New Orleans. Such warnings include necessary evacuation and preparation orders. 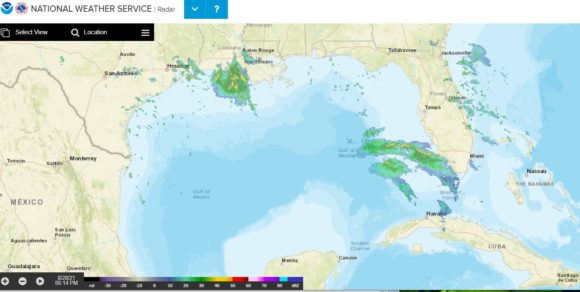 A closeup wind threat map from the (National Weather Service) shows the expected winds and areas that are likely to be most impacted by this event and it becomes clear that Baton Rouge, Lafayette and New Orleans are the population centres most at risk. However, Morgan City is now being suggested as the closest city where landfall is expected based on current models.