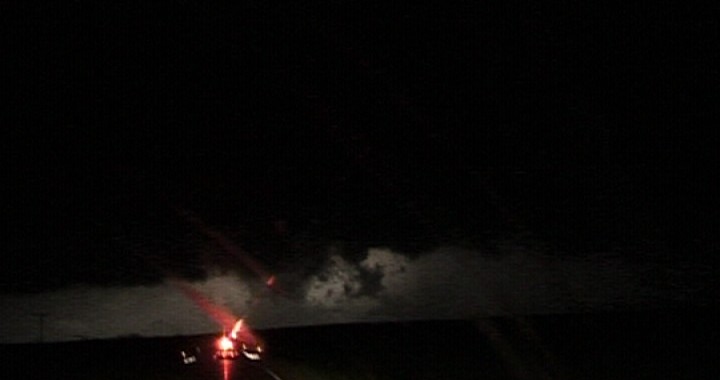 And yet another system is in place to provide a dumping. After some snow, an east coast low can evolve by Wednesday morning. I don't want it to occur as I would rather extended rain events rather than one day wonders.

On another note, I am quite elated that I was able to finally salvage an image from the Greensburg event. We had really worked hard to get to the event. Although, not as large as it was in its mature stage, this image still shows probably a violent tornado.