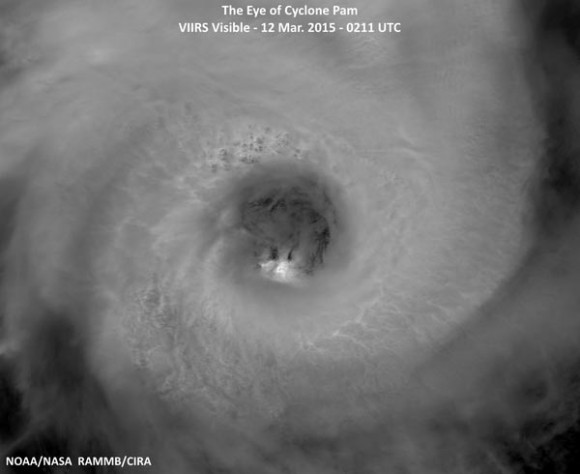 Port Villa in Vanutatu has been directly impacted by Tropical Cyclone Pam which was a very large and intense system with winds in excess of 280km/h and gusts to 300km/h. Unconfirmed reports of deaths have been reported on Vanuatu and given he storm surges and intense winds, this is not unexpected. Intense damage reports are also surfacing from Vanuatu and its Islands.