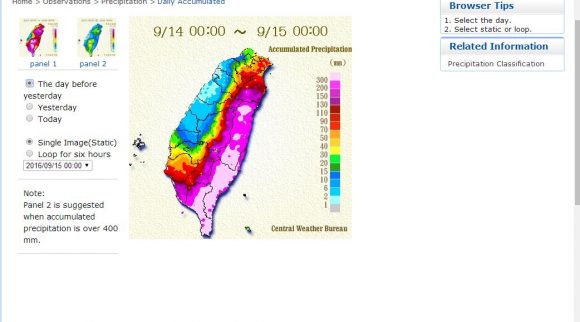 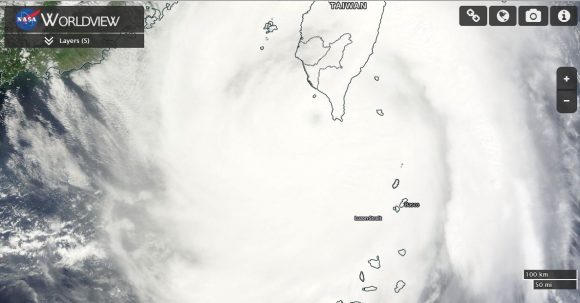 Typhoon Meranti was born as a tropical storm west of Guam and rapidly intensified into a significant typhoon. The storm exceeded initial forecasts and became a Category 5 super typhoon with peak winds at the core estimated at 160 knots (Upwards of 300 km/h winds).

The storm tracked north west towards Taiwan with the eye passing barely to the south of the island. Much of southern and eastern Taiwan was heavily impacted by the storm with significant property damage being reported as well as landslides and power outages. There is substantial damage to infrastructure including electricity networks.

This was a very damaging and a large typhoon that impacted three countries being the northern Philippines, Taiwan and south east China. The storm made final landfall near Xiamen in Fujian Province. It is known that there are 10 fatalities to date across Fujian and Zhejiang Provinces in south east China.

The storm has caused 1 known fatality across Taiwan with at least 44 injured. The storm has been more deadlier for China due to its impact on a region with a large population.

The impact of the typhoon across eastern and southern Taiwan is dramatic and rainfall totals reached more than 800 mm in places. This has occurred due to the storm colliding with a mountainous landmass. Orographic influences enhanced rainfall which can be seen on the attached rainfall plot of Taiwan.

The storm has generated landslides, significant property damage and flooding.

It is interesting to note the incredible differences in rainfall across the island. Much of the west and north west was unscathed while the south east was deluged with rainfall.

The storm broke apart once it made landfall across south east China.

Based on CIMSS data, the storm sustained maximum peak winds of approximately 160 knots between the 12 and 14 September (Approximately 300 km/h). While media outlets suggest higher gusts, the best estimate of peak winds are provided in the plot below which suggests winds not exceeding 160 knots. With the eye of the storm over open waters, it makes it difficult to obtain accurate data on peak wind gusts at the time the storm reached peak intensity.

In addition to the above, a second powerful Typhoon is edging northwards just off the east coast of Taiwan which is named Typhoon Malakas. The storm is also giving the east coast of Taiwan a glancing blow although it appears the eye should pass along and off the coast and landfall is not expected. The storm has reached Category 4 on the Saffir Simpson Scale with peak winds to 115 knots (Approximately 213 km/h). This shows how prone Taiwan is to such powerful and often deadly storms.

An impressive radar image of the storm as well as its eye is attached to the post which shows how close the storm has come to the east coast of the country.