Update: Click for more of the impressive and insane lightning show! 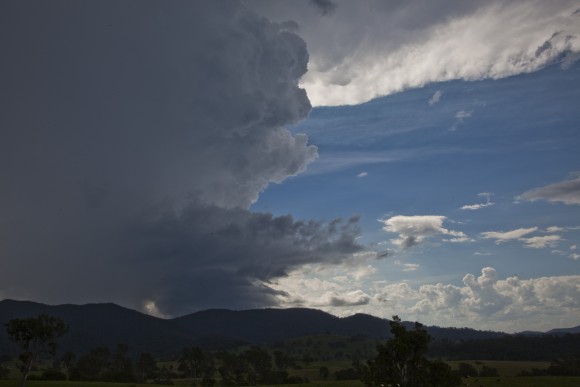 After spending the night in Cooma, I targeted the region near Nibbitabel with the intention of leaving the escarpment if required. After awaiting some time, the second cell of the day developed right over Nibbitabel itself! After giving chase and intercepting heavy rain and tiny hail to pea size, I decided to get back onto the main road. A couple of storms had developed and were moving east followed by another set of cells northwest of Bombala. These were also moving east. Thus after a few pictures, I made my way down shooting pictures whenever possible. And then it was not until I got into the Bega valley before I was able to see storms again. Storms had literally exploded! The southern cell was rapidly moving towards Eden. The other cell remained just north of Bega. It was weakening. Then the waiting game. Finally I realised that the weakened cell had several towers developing nearby on its flanking line and so I made a dash towards Bega and north. Finally as I approached Cobargo, I could see what appeared to be a right moving structure of the explosive storm. but it was a little further north I got to finally see the inflow band and hard towers of what appeared to be a spectacular low precipitation cell left mover! 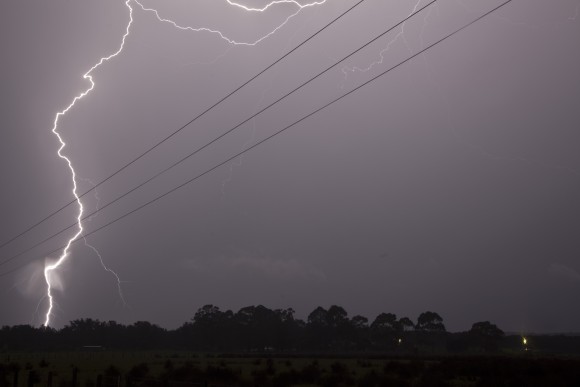 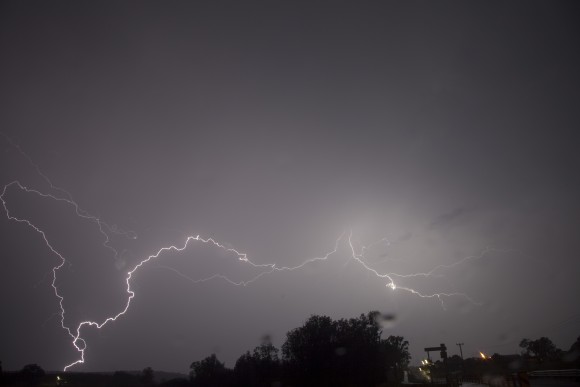 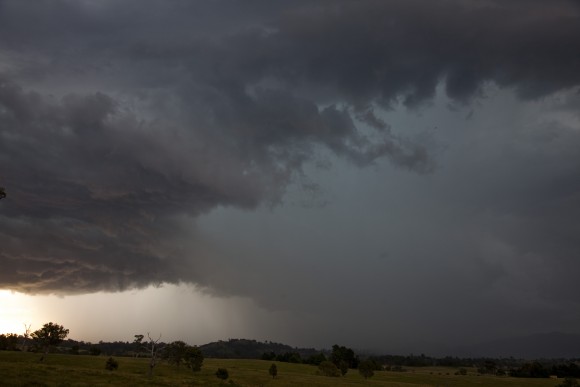 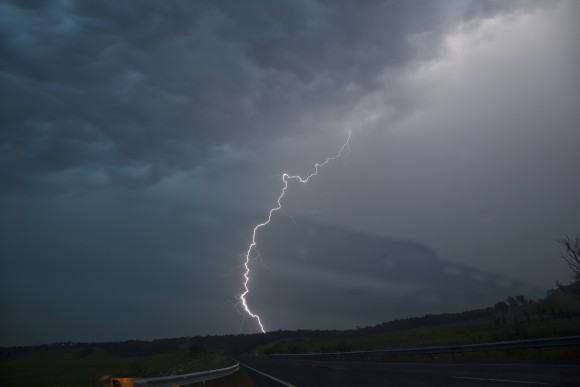 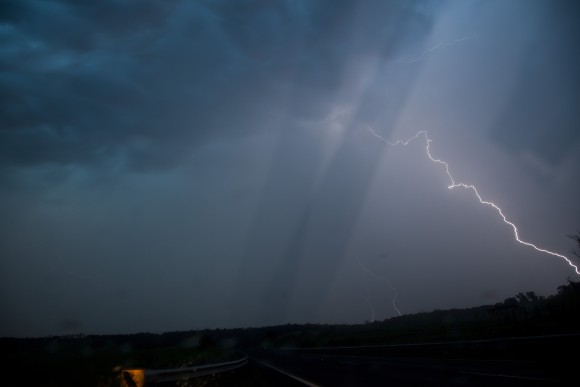 The storm had powerful and explosive side sheared anvil! This was time-lapsed and after about 10 to 15 minutes began to weaken. I then made my way for another storm approaching Bodalla knowing that it had limited time-span. In the meanwhile, the region southwest of Bega valley exploded and so I made the journey from Narooma towards Bega. Again near Cobargo, I concentrated on several cells moving off the range. A few then exploded under the rick moisture and became lightning active. This lightning activity took me all the way to Bateman's Bay with several stops for lightning footage and photography.