Probably the best supercell outbreak of the past several years hit northern NSW with large to giant hail together with several storm splits observed. Lightning from these storms were frequent with pulsating bolts. There are reports of roofs being annihilated from the force of the winds and giant hailstones! Colin and I made a marathon journey to Tamworth over night to be in position. It was nervous wait but the first storms developed right near Warialda. 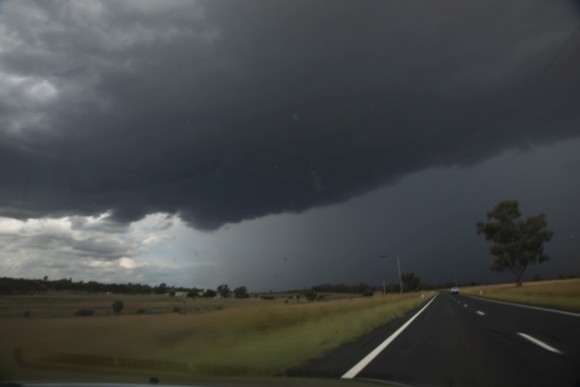 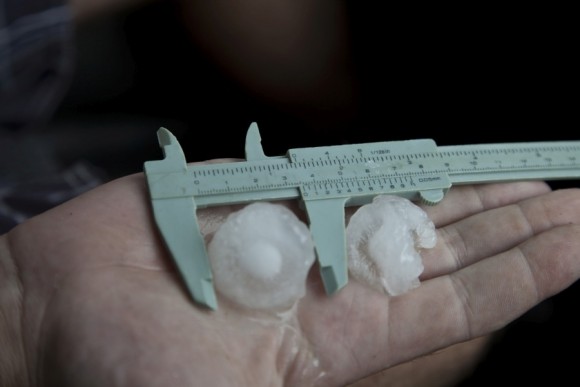 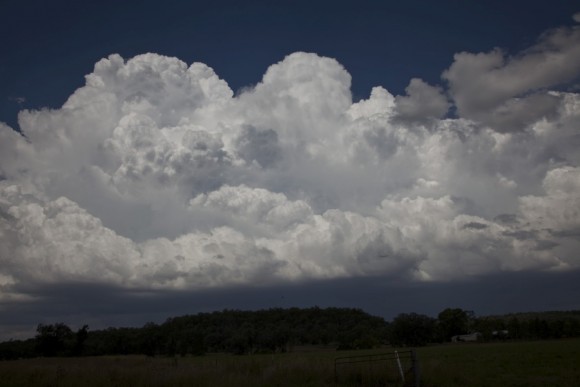 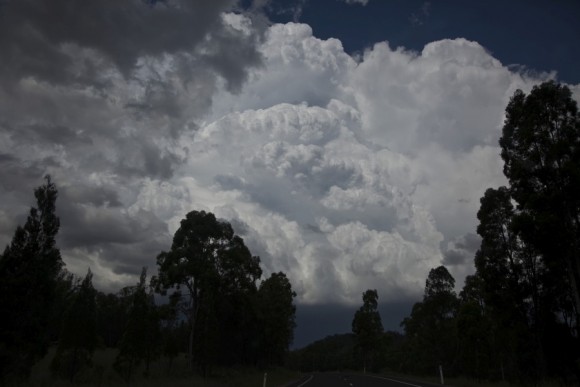 The first supercell developed and split east of Warialda with large damaging hail to at least 5cm. In some cases pure hail fell in drifts on the road Ashford. The updrafts simply exploded and sometimes exhibited corkscrew structures!

We measured hailstones to 4cm from the developing hailstorm but larger hailstones must have fell from this supercell simply based on the atmospheric profile and structure of the supercell. We even got hailstones to golf ball sized in the inflow region! The hailstones bounced sometimes across the road and collected in drifts. 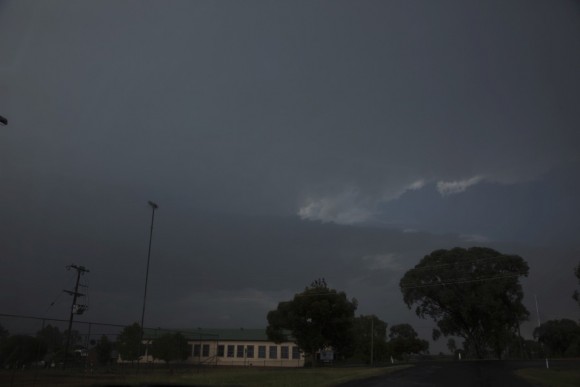 Once we exited the furious hail bombard,we were treated to extreme lightning bolts that it was merely unsafe to be out of the vehicle! nevertheless, we captured a few pictures from this major rippled base! The lightning occasional was unpredictable with bolts coming from in front and behind us! 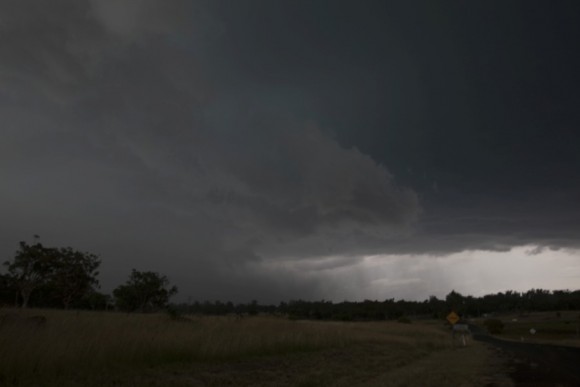 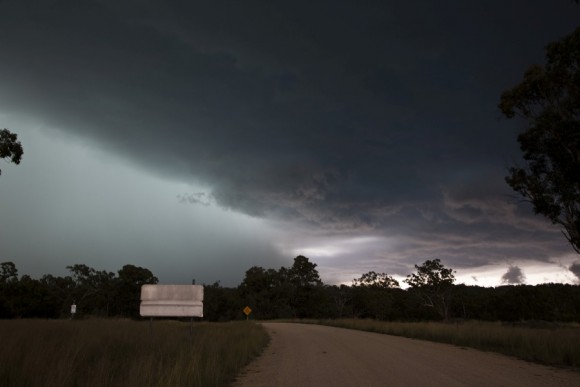 Eventually we proceeded to a road turn off and were unable to venture up north and headed northeast just prior to the microburst hitting - critical timing! Then we headed into trees - how frustrating. A beast following and no opportunities for a shot let along time lapse! Finally a break presents and the green base is present! 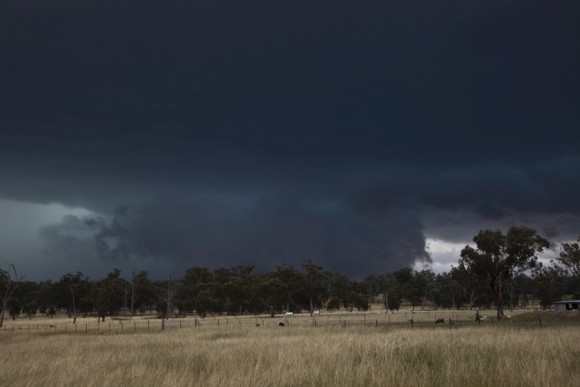 Finally at Ashford and WOW! Spectacular is all we could say. We were shaking at the sight of this incredible beast - green base and scud curtains!

And the huge size of the base! Spectacular! 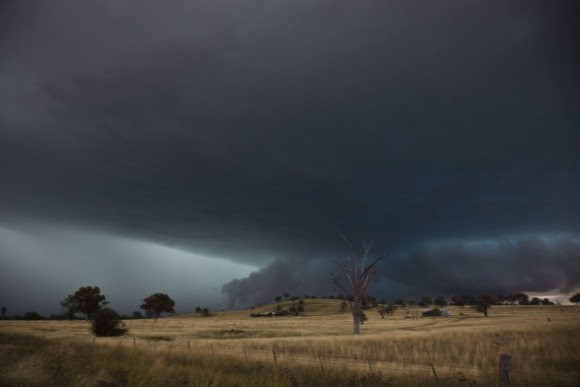 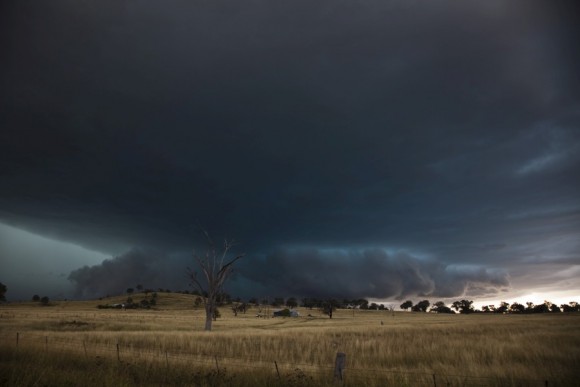 After an incredible and dangerous lightning barrage, we left this storm and made our way to another storm to the southwest nearer Moree. After heading for Inverell, it was a mission to get west as quickly as possible. And when the structure became clear! Wow! It was a consolidated shelf structure. The mesocyclone was pretty large. Lightning descended in front of the structures! Even the mammatus was spectacular!

Microbursts developed and descended to the ground with incredible intensity. 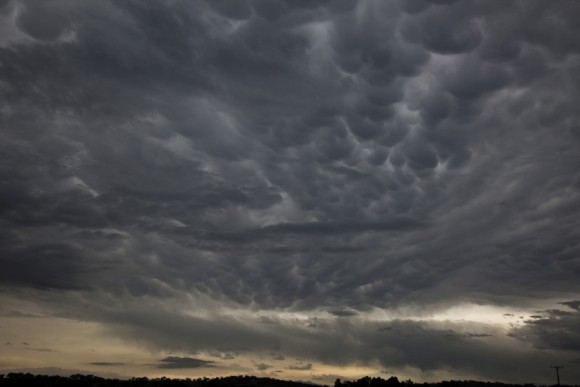 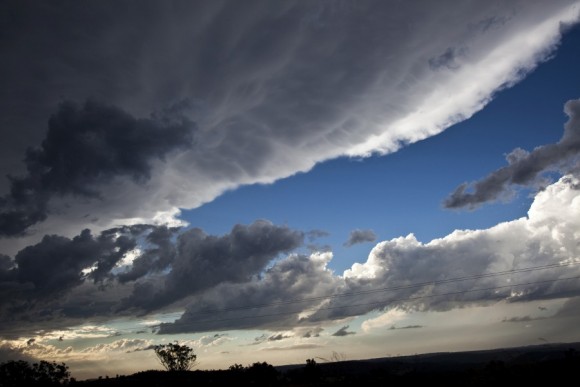 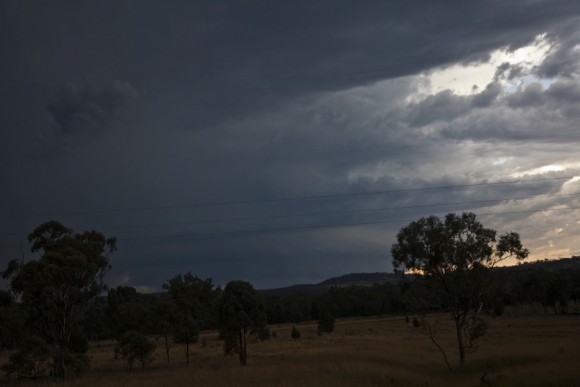 We found the first available viewing point - stopped and photographed and filmed. And the lightning once again just was ridiculously frequent! Insanity!

Video to come! I have to say thanks to Colin for driving and company - I am still recovering from lack of sleep and excitement! So have finally gotten down to earth! 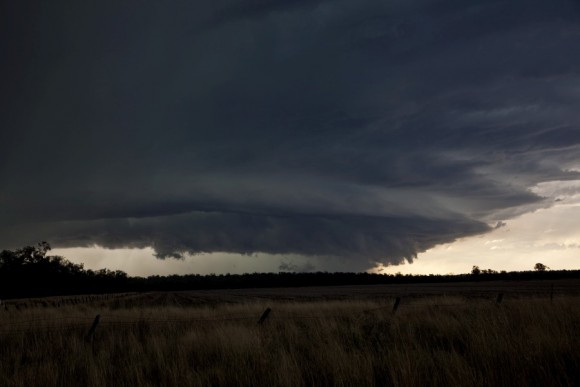 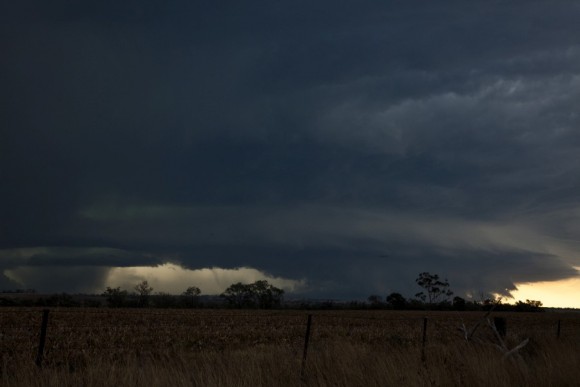