For those loyal members who have followed Australian Severe Weather for many years since its development in 1996, we have not totally abandoned the website. It is still accessible as archives and linked to from this website in various ways.

Our main move to this style of website was for real time information and easy maintenance. After many attempts to alter the Australian Severe Weather website, it became clear that another fresh website was required to cater for and integrate the many different multimedia, social media and real time tools available in 2011 and beyond. Australian Severe Weather was also difficult to follow or understand despite its structure for newcomers - particularly those who have grown up with facebook and twitter.

How long did it take to build Extreme Storms?

The website structure and themes probably could have been built quite quickly. However, the research into this concept has been the culmination of a few years in the making with the final decision to build a separate website. This final step took 5 months of day and night pain and frustrations to ensure that as many angles and features were covered. Although the original concept was not realised and may be on the cards in the future, this is as close as one could get to providing the features with ease of maintenance.

First of all, a special thank you for Tornado Videos  www.tornadovideos.net to allow their RSS stream to be included on our website - it certainly adds variety from a different perspective and definitely shows some exciting forecasts and tornadoes during the Tornado Alley season. Thank you to Michael Bath and David Croan for their input and comments at various stages of the redesign. Valuable input was also received by Daniel Shaw (hard task master) and Nick Moir from their artistic perspective. Thank you to my wife Imelda for her overwhelming patience during this period and also her valuable input. Last of all, I thank various classes and students from several schools I attend for their honest input as one of the main reasons of the redesign was to target the younger generation. Any further feedback is definitely encouraged and other changes or additions are already in the pipelines as different technologies emerge.

Michael Bath has also embarked on further programming for another unique and special feature to enhance search on this website. He will ultimately maintain Australian Severe Weather and in particular the tropical cyclone section as well as DVD and photographic sales. I will be ultimately responsible for this website whilst Michael will monitor posts during the day.

The web designers and the main source of information and images at this site are Michael Bath from McLeans Ridges near Lismore on the North Coast of NSW and Jimmy Deguara from Schofields in Sydney, Australia. They are not employees of the Australian Bureau of Meteorology, nor trained meteorologists. However, they are both very keen severe weather enthusiasts and are storm spotters for the NSW Spotter Network. Jimmy and Michael also record daily rainfall for the Bureau. Their first storm chase was in 1993 - their aim to gain a better understanding of severe thunderstorms and to capture spectacular photographs and video. Together they have built the largest website and collection of severe weather resources in Australasia. They are committed to reporting accuracy and are actively involved in the weather community through various weather groups and forums. 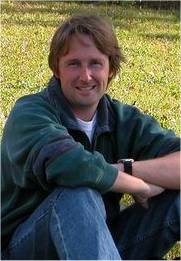 Michael is currently a media reporter after being involved in the information technology industry for 10 years. He has been interested in the weather since about 1981. This interest was reinforced by two major floods in the Lismore area of northern NSW during 1987 (while living at Ballina). Michael moved to Sydney for work in 1989 and met storm chase partner Jimmy Deguara at a BoM storm spotter training session in 1993. Michael returned to the NSW North Coast in early 1999. Thunderstorms and storm chasing, weather & lightning photography, floods and tropical cyclones are his main interests. His most memorable weather event was the Casino HP supercell disaster. Michael is prominent in local and national media aimed at increasing public awareness of severe weather.

Jimmy is a mathematics teacher. His interest in weather goes back for as long as he remembers. It was the influence of floods and runoff associated with heavy rain which first intrigued him, and the challenge in forecasting led to his interest in thunderstorms, particularly heavy rain and hail. During 1989, a talk by Chuck Doswell on tornadoes enhanced Jimmy's dream of chasing after a tornado. There have been a few tornadic encounters in Australia including a storm that has to be one of the favourites with an inflowband at Coffs Harbour. But it was the US trip and associated tornadoes that became the highlight of his career and dream come true! US chasing will now be an important part of his chasing calendar. And just to add to the excitement, Jimmy intercepted at close range a strong Australian tornado in northeastern NSW at the township of Dunoon. Check out the tornado video.

Like Michael, Jimmy has frequented the media.Stories usually relate to severe weather events or interest in storm chasing. He is committed to public awareness and safety issues related to severe storms. 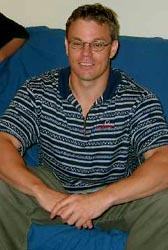 David has a PhD Degree in Science, and has been chasing severe weather since 1995. Lightning captivated his imagination as a boy growing up in Sydney. That led an interest in severe thunderstorms, supercell dynamics and ultimately the pursuit and documentation of tornadoes. David teamed up with Jimmy Deguara in 2001 and together they tackled the Great Plains of the US - 'tornado alley' - they intercepted 7 tornadoes, including a large violent tornado in the Texas Panhandle.

Are you lost and confused? Thesishelpers.com will help you with your dissertation
At assignmentgeek.com we will make sure your homework is in the right hands.
Do you need a perfectly written essay? Myessaygeek.com is trusted company that is here to help.