Some severe storms hit St Clair during the afternoon with hail, very heavy rain and some powerful winds causing blackouts and traffic chaos. The storms developed over the Blue Mountains southwest of Sydney and moved rather quickly towards the Sydney region. A severe thunderstorm warning was released by the Bureau of Meteorology for storm winds large hailstones and heavy rainfall. Although the hail size reached the severe threshold of 2cm in some suburbs, the more significant threat were the winds. The worst damage seem to occur in the suburb of Whalan with debris and trees also reported in Glendenning and St Clair. Downburst winds known as microbursts descend rapidly from thunderstorms and can sometimes accelerate and spread out at the surface. Winds of about 100km/h resulted in trees being felled and branches stripped from trees across the suburbs.

After a parched summer, the region was still saturated from heavy and persistent rainfall in previous weeks. Severe runoff was quite widespread and some roads underwater.

The storms moved towards the coast and seemed to weaken as they progressed northeast to Gosford and Newcastle. 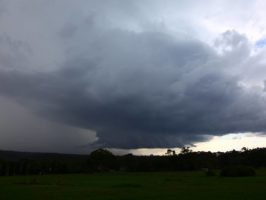 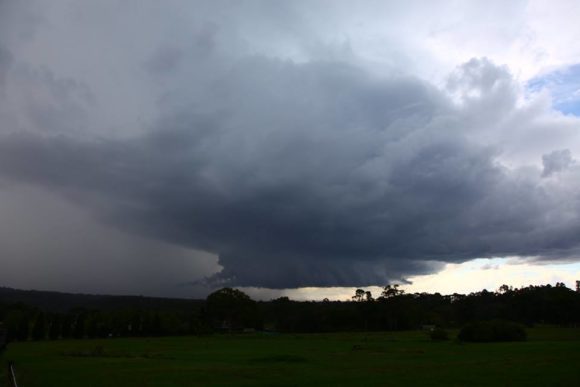 An impressive supercell developed near Colo Heights and moved rather quickly towards Glenorie on Tuesday. Radar echos indicated hook style signature with curved  on reflectivity radar and possibly weak couplet.

After work, it quickly became apparent of an isolated cell that may exhibit interesting structure and demanded at least an attempted chase. The region along the Northern Road is notorious for tree lined roads blocking what could be uninterrupted views. 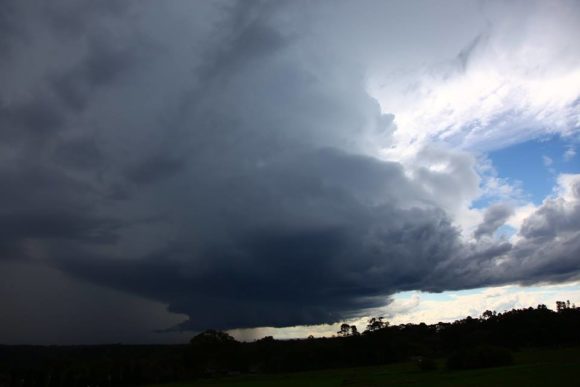 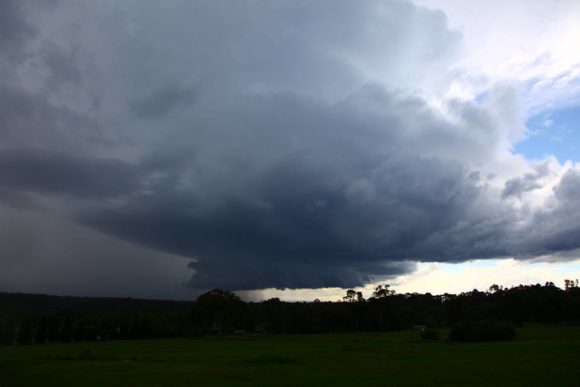 Finally past Castle Hill, it became a frantic effort to find whatever view presented itself. One view provided at least a shot of the structure I had been observing for 15 minutes or so. The second position was perfect and so video was taken. Unfortunately this was cut short due to anvil rainfall. The structure was incredible with classic supercell structure and wall cloud persistent for 30 to 40 minutes. 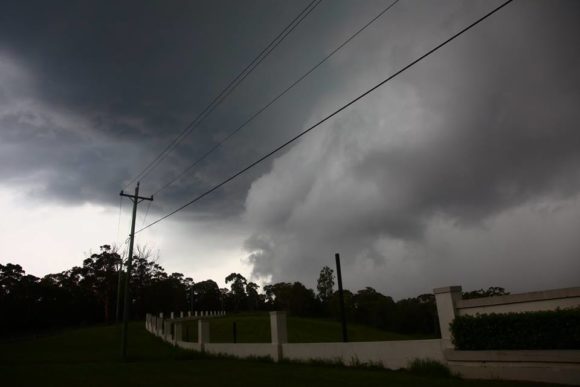 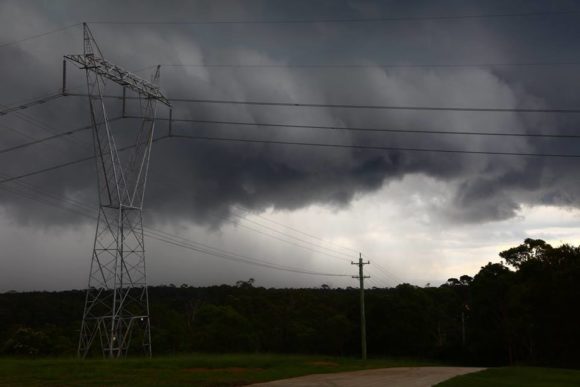 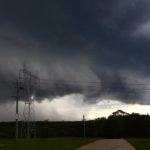 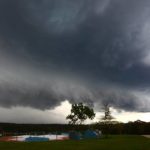 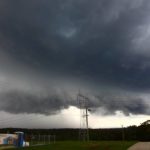 Further north, the storm showed signs of a shelf cloud and produced some strong winds as it passed over. As it passed east, a flanking line showed some interesting lowerings. Radar structure showed a decrease in organisation and intensity. The warning was removed.

More storms approached from the west which were intercepted although weakening near Quakers Hill. Frequent lightning and heavy rainfall were the main features of this complex. Some impressive lightning from storms developing along a line of convergence near Oberon.