The continent of Australia is being heavily impacted by two significant weather events at the same time and this is becoming evident for the period 28 December 2015 to 3 January 2016. In particular, the events are divided into the following:-

As seen in the satellite photo of Australia acquired from the Bureau of Meteorology dated 28/12/2015, a vast area of northern Australia is under the influence of a deep monsoon low pressure system and a substantial cloud mass.

The two weather systems are having a dramatic impact at opposite ends of the spectrum.

The chances of a tropical cyclone forming in the Gulf of Carpentaria appears to have lessened as the monsoonal low has moved too far inland. As described in a separate post, a deep monsoon low has dumped more than 600 mm of rain in some areas of Northern Territory during the Christmas period leading to major flooding especially around Daly River. Some 470 residents of Daly River have had to be evacuated to Darwin and flood waters are creating havoc including crocodiles taking home owners pets. There is at least 1 known fatality from the flood event.

A large area of the top end of Northern Territory has been swamped with rain over the past 3 days and while the rain has eased in some areas, the aftermath is the flooding that will take some time to subside.

As seen in the satellite picture of the Northern Territory (MODIS Worldview from NASA and dated 28/12/2015), the monsoon low has moved inland taking the rain with it. The cloud is also spilling into Queensland and heavy rain has also occurred in some parts.

To date the heaviest flooding is across the Top End but south of Darwin.

As seen in the satellite photo of Victoria acquired from NASA MODIS and dated 28/12/2015, much of the state of Victoria is tinder dry. Effectively, the whole state has dried out over the past few weeks and vegetation is ready to burn.

In Victoria, a number of fires, recent and current continue to burn or have just been contained including:-

Barnarwartha / Wodonga:- It appears that at least 3 homes have been burnt in a blaze that scorched more than 7,000 hectares.

Wye River and Separation Creek:- At least 116 homes destroyed in a blaze that has scorched some 2,286 hectares. That fire is still not out. The cause appears to have been a lightning strike on December 19.

Scottsburn:- This is near Ballarat where a blaze has scorched some 4,570 hectares. While contained, it is not out.

Fire fighters are nervous because the fires and any other fire could readily flare up as another hot spell to heatwave conditions grip the state. The heat will build across South Australia then extend into western New South Wales and Victoria during the next 6 days. However, it appears that little of the heat will reach the east coast of New South Wales at the present time.

Some maximum temperatures being forecast include:-

In Melbourne, Thursday appears to be the hottest day where 37C is being forecast.

This generally shows that heatwave conditions are expected to prevail again especially for areas away from the coast.

The above shows the extreme contrast of two weather system occurring at the same time at opposite ends of the Australian continent, both of which are leading to secondary issues and emergency situations. This also shows that Australia is a land of drought and flooding rains, as drought is occurring in one region, while flooding rains is occurring in another. A strong and vigorous monsoon low across the inland or base of the top end of the Northern Territory has forecasters concerned. On Christmas Eve, the low pressure cell was inland but south of Darwin.

It is forecast to move east then south east. There is the possibility of the low crossing the coast and transitioning into Australia's first tropical cyclone of the season.

If it does not it will certainly cause heavy to very heavy rainfall and certain flooding in low lying areas of the Gulf Country of Queensland and Northern Territory.

Rainfall models are forecasting in excess of 400 mm of rain from the event across some regions.

During Thursday and Friday, the monsoonal trough and low signaled its early intentions across the Top End where heavy rain and flooding occurred. Fortunately other than Darwin, most of the top end is uninhabited and hence the flooding is occurring across rural areas and within creek and river crossings.

For Dum In Mirrie, this is 375 mm when combined which is easily enough for major flooding to occur.

The next four days will be difficult weather wise across the top end and Darwin. In particular, storms and very heavy rain is being forecast for large areas. For Darwin 30 to 80 mm is forecast for Christmas Day but heavier totals of 170 mm is not being ruled out during thunderstorm events.

The development of any tropical cyclone will also create further issues in coming days across the eastern top end. The storm has not been named at the present time but it is receiving very close attention.

To support this article, the following is provided:- 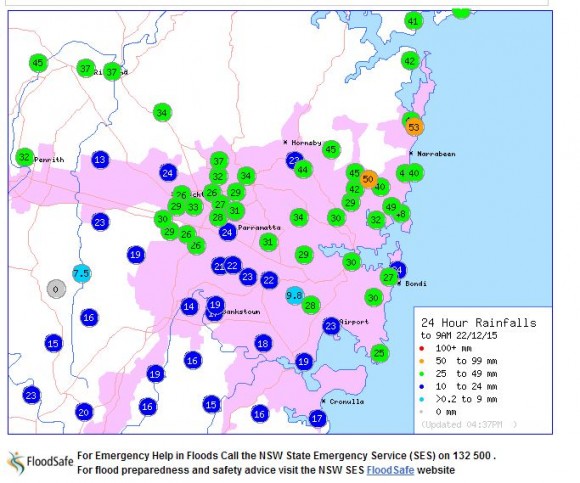 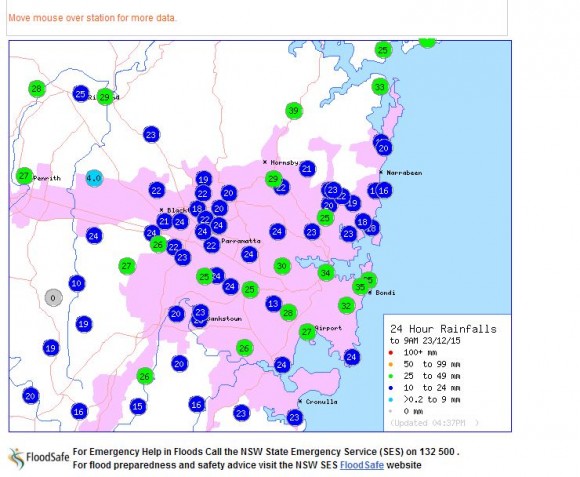 For 9 am Tuesday morning, the highest rainfall totals for Sydney included:-

Areas north of Sydney had heavier falls including:-

During Monday, Sydney's northern and eastern suburbs received the heavier falls while the south west had lighter falls.

Persistent rain resulted in the Port Macquarie Golf Club receiving 73 mm while the highest total for the day occurred at Mooral Creek north west of Taree where 131 mm fell.

The highest total was 103 mm at Nambucca Heads.

Large areas of the Hunter Valley and Mid North Coast received a soaking with falls including:-

This was a significant rain event. Rainfall for the two days when combined has exceed 50 mm across many eastern areas and some regions had in excess of 100 mm. The wettest areas were the Central Coast of New South Wales, parts of the upper Hunter Valley and the Mid North Coast.

The following images are provided:-

4 - Rainfall for the North Coast (Bureau of Meteorology) and dated 23 December 2015. 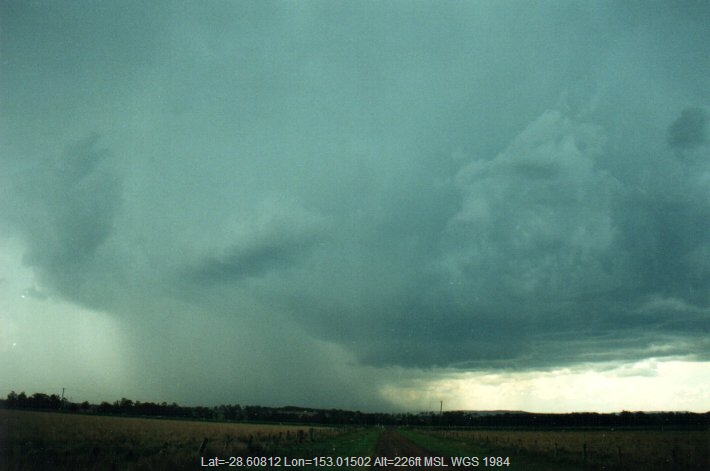 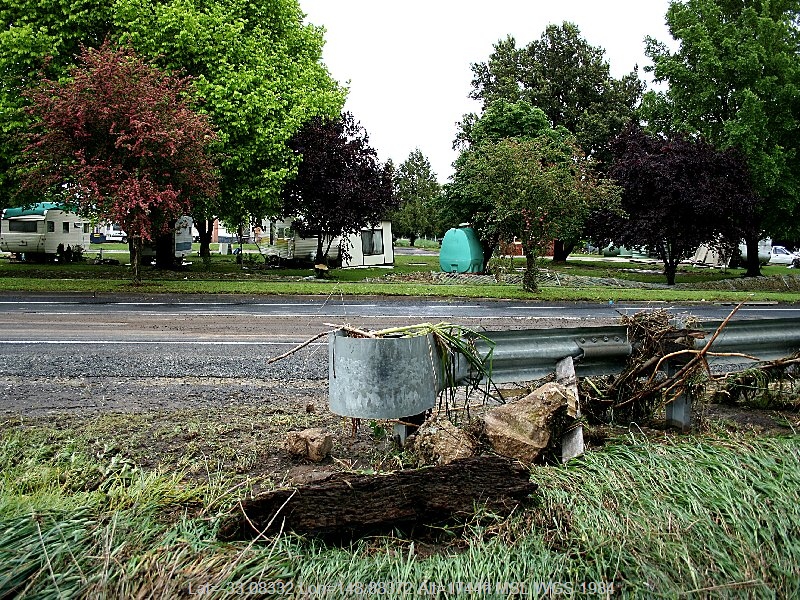