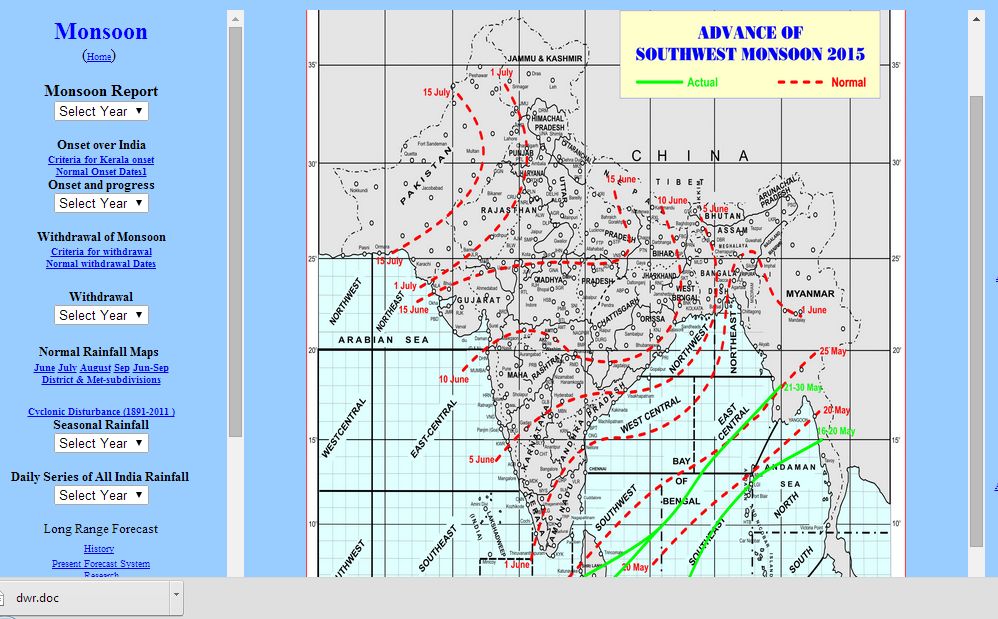 A heatwave affecting much of India during May 2015 has left its mark on the country. Depending on which news source is reviewed, Accuweather places the death toll at 1,400 while CNN places the toll much higher at or near 2,000.

The India Meteorological Centre in Hyderabad provides daily weather updates and for the 30 May 2015, it shows oppressive heat conditions occurring across many towns and cities across Gujarat State, Diu, Daman and Dadra Nagar Heveli states including:-

Across Andhra Pradesh state the maximum temperature reached 47.2C at a city called Jangamaheswarapuram followed by 44C at Kurnool. Other centres had 40 to 44C including 44C at Kurnool and 43.4C at Nandigama.
(Maximums for 30 May 2015).

In Telangana State, the city of Hanmakonda reached 45.5C on the 30 May while Ramagundam reached 46.5C.

Overnight minimums have also been significant and to show this, at 5.30 am at Nagur Sunday morning 31 May, the temperature was 30.6C at their weather station.

Heatwave alerts are issued for at least 9 states including Adilabad, Nalganda, Medak and Nizamabad.

The weather forecast for Delhi for the next 6 days (1 to 6 June 2015) show maximum temperatures of between 38C and 40C and oppressive conditions at Kolkata (Former Calcutta) with maximums of 37C to 38C being forecast and minimums of 28C to 29C.

The heatwave is taking it's toll and is a fixture of most Indian summers prior to the monsoon breaking. It has become an emergency for a number of reasons with elderly not having access to drinking water or ability to keep cool. A high death toll has occurred due to poor planning and in some cases lack of access to clean drinking water.

The forecast Monsoon map is provided because the heatwave and oppressive conditions will continue until the monsoon from the south arrives. It appears the heatwave has some time to run in some regions until the monsoon spreads across the affected area bringing relief and rainy conditions. The important monsoon break is moving north towards India and based on the forecast plot, relief should be at hand across much of India by mid June assuming the forecast model is accurate. 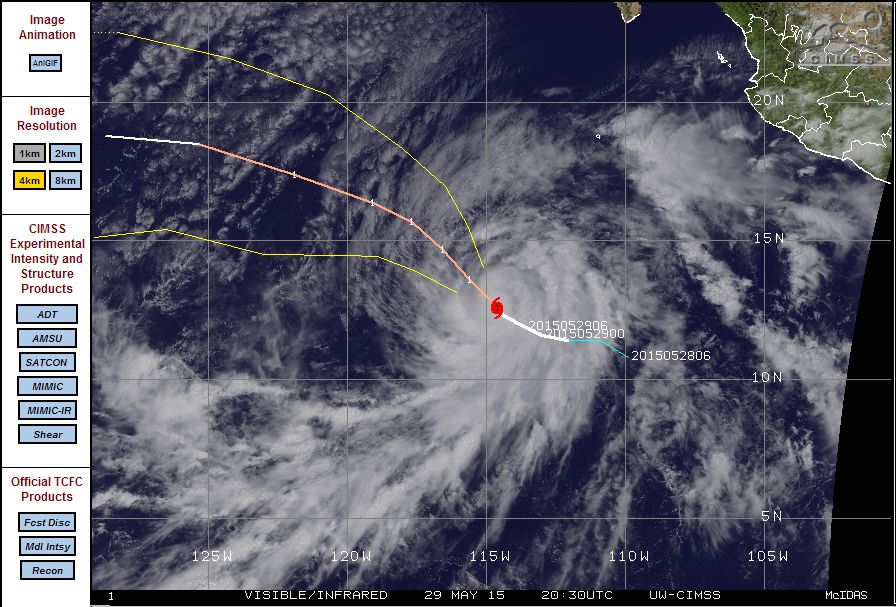 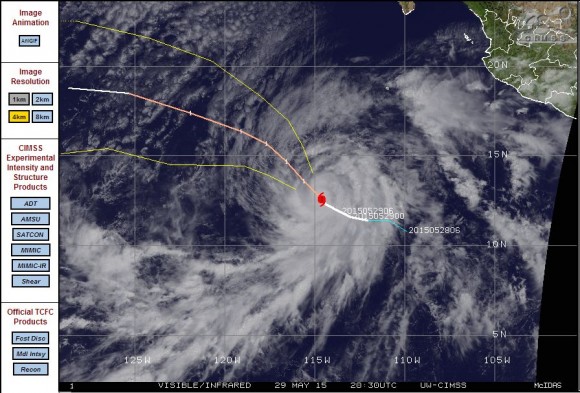 The storm is out in open ocean and there are currently no surface based observations.

The storm appears to be tracking north west as seen in the attached forecast track which would take it closer to Hawaii in coming days assuming the course is maintained.

Limited observations show the storm position being at Latitude 12.6 degrees north and 114.6 degrees east with an intensity of 983.2 millibars and with wind speeds of at east 65 Knots at the centre.

This would be the first such storm for the USA Hurricane Season. Currently it is not impacting any population centre due to its location. The synoptic chart and satellite photos taken from MODIS 25 May 2015 identifies a powerful polar low pressure cell passing close to New Zealand, especially the south island where snowfalls have fallen to very low levels. In some cases, snowfall has fallen as low as 200 metres above sea level.

Bitter cold conditions have swept much of the South Island where some areas have recorded heavy snow. This includes 25 cm at Clarkes Junction. Snow has also been recorded near Christchurch across Banks Peninsular commonly known as the Port Hills.

This is the first polar low or major cold outbreak this season for the country. In cities like Dunedin the maximum temperature reached 5 degrees Celsius and the temperature still hovered at 3 degrees Celsius at 12 noon. Sleet showers were occurring throughout the day and this was accompanied with wind gusts of up to 69 km/h.

The city of Invercargill had a maximum temperature of 6 degrees Celsius but experienced gales of up to 100 km/h from the south.

One of the satellite photos shows snowfall across the Kaikoura Range (North of Christchurch). Only two days ago this range had little snowfall but this weather system has delivered heavy snow across the range to low levels.

Another satellite photo shows spectacular cold weather cumulonimbus clouds off the east coast of the South Island most likely containing snow showers or sleet showers as the weather system begins to clear.

Conditions will begin to settle as the system moves away but it will leave in its wake, some very cold conditions for large areas of the South Island.