More than 15,000 homes and businesses in the Mackay region lost power yesterday during yesterday's severe storm.

Your perseverance paid off Kane - nice capture of the storm. Been ages since I've seen some spectacular lightning. There were a few powerful CGs just ahead of and in the storm here yesterday but it was not a situation where capturing any was likely.

Here is the radar loop for 28 Sep showing the strong cells which passed through Evans Head then later the Casino, Lismore, McLeans Ridges, Ballina one.  Also later the storm off Coffs - what time was your photo Kane?

The Brisbane and Moree soundings are attached for reference too. The moisture shown on the Bris sounding was quite impressive for this time of year.

PS - Karina and all - there is a bug in the attach function, just add one at a time and edit though it doesn't affect all browsers.

Instability appears to be fairly widespread, mainly across the eastern half of QLD today. Inland N NSW appears it will dry out with just the NE of the state in for a chance. 24/17 here at present with a lot of high cloud and scattered cumulus.

The shear depicted on the Brisbane sounding is quite light and the uppers are a little warm. 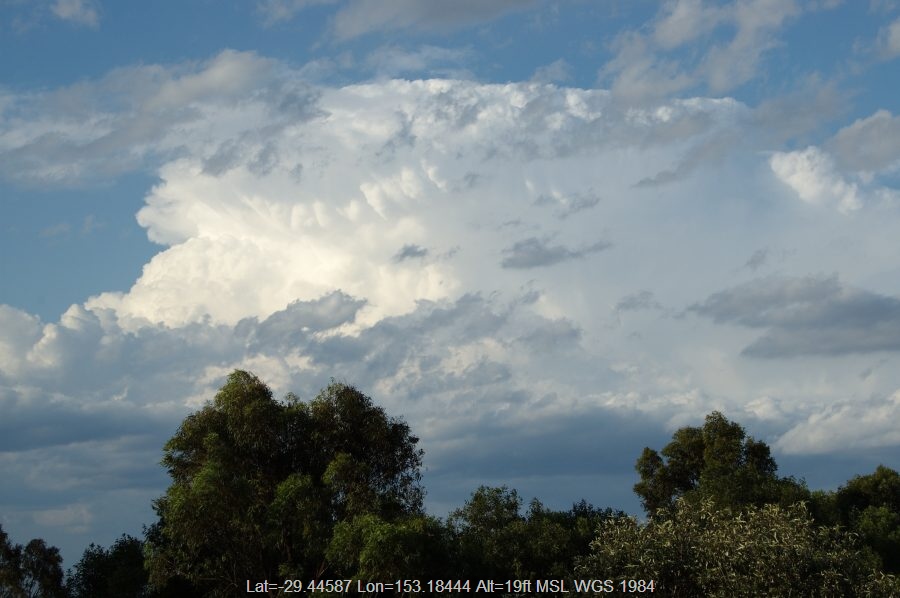