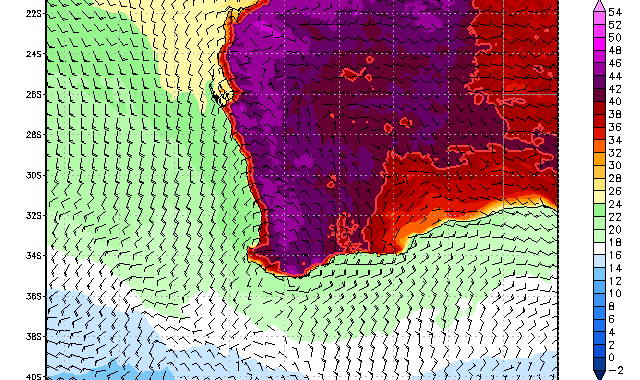 Perth recorded its hottest minimum temperature on record for January - 29.7C. The heat wave that was experienced in NSW then Queensland and central Australia has shifted to north western Australia in the past several days and spread down to southwestern Australia. With temperatures of 44C and above cross many locations inland from the coast. Perth also reported 43C yesterday.

The heat wave will be advected to the southern states over the next few days.