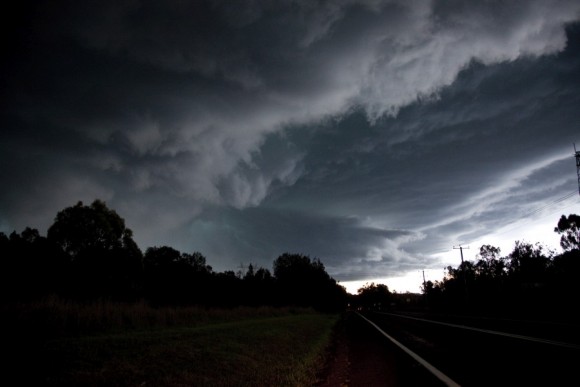 After an afternoon of storms in Sydney - some severe, it became evident that the atmosphere was no supportive of anything but elevated storms. The region in the southern Hunter Valley had not been tapped. With storms crossing the Wollemi and with it being a Friday, it was tempting to head up the Putty.

Colin and I basically took the risk and made it out just in time for the structure to reveal itself! I could see the inflow feeding into the storm base. But nothing prepared us for a beast with incredible contrast! 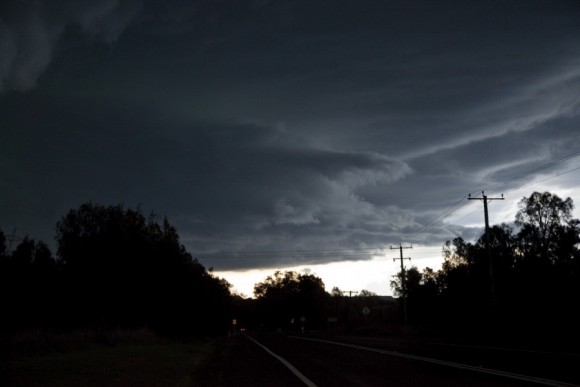 In fact, it was difficult photographic shooting with low light. We got smashed by the storm with powerful winds but were able to make it out of the main core with a couple of hailstones - one probably in the range of 3 to 4 cm based on its hit. 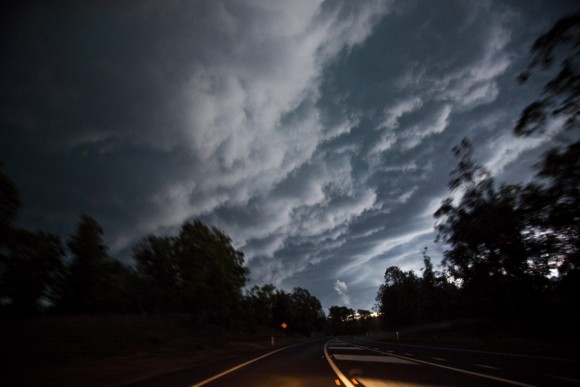 We could see the inflow streaming into the base but we were unable to make it back out in front based on the road network.