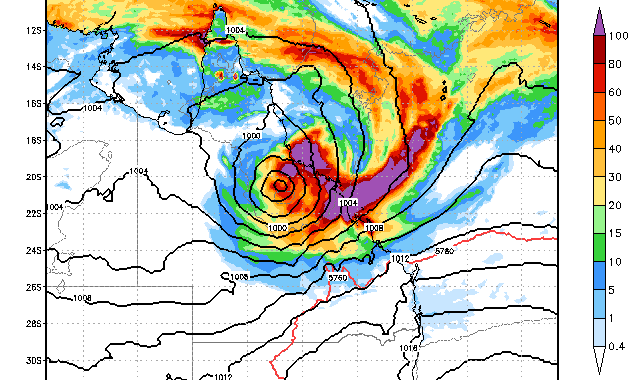 The Bureau of Meteorology map has been rather accurate in depicting both the timing and path of this now official Tropical Cyclone Dylan expected to make landfall on the central Queensland coast 1am - overnight.

With it rainfall totals of 500mm or so are not out of the question. One thought on “Tropical Cyclone”