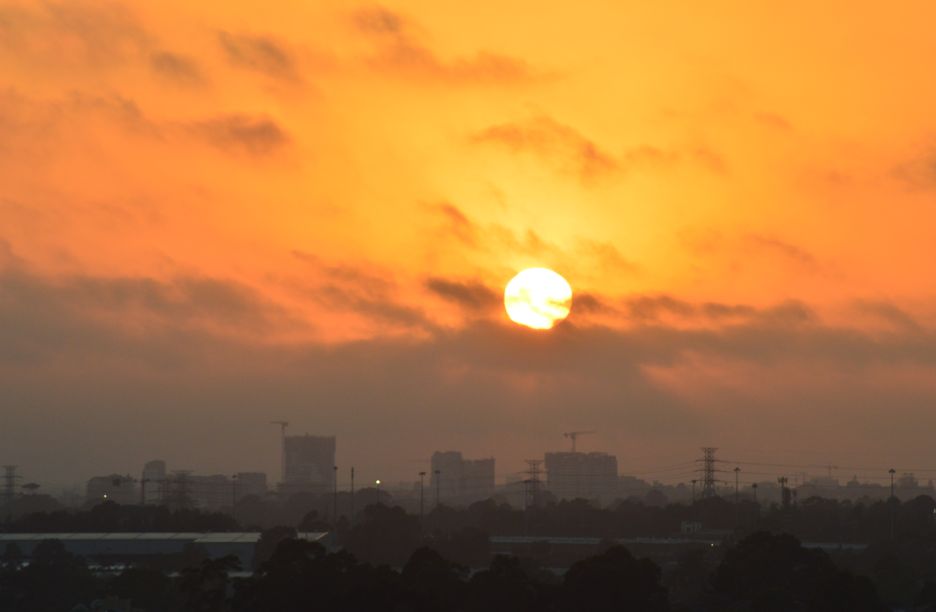 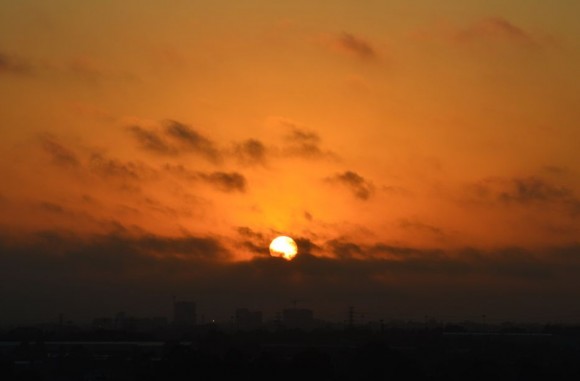 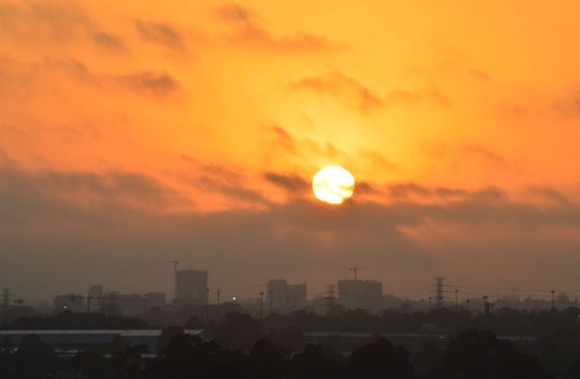 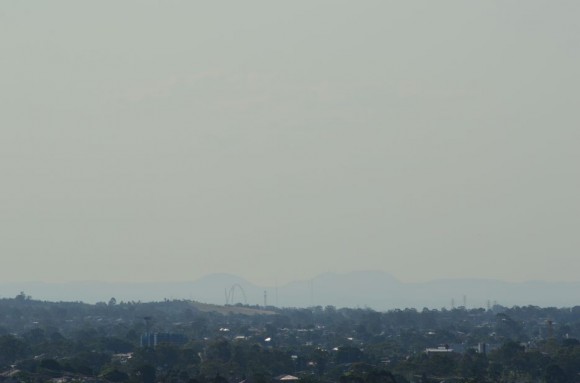 Generally, most of Sydney reached 40C or just under that figure although some areas reached 41C.

The highest temperature appears to be 42.6C at Sydney Airport at 2.03 pm and interestingly the weather station at the airport recorded 42C between 2 pm and 3.30 pm.

It was only Friday 13/11/2015 one week ago when thunderstorms occurred and hence this is a significant change in the space of 1 week.

This was a unique day. In addition to catching the sunrise at around 5.50 am (Two photos attached), early morning presented a sunrise with low coastal cloud. It appears that at sunrise, light south east sea breezes or winds were impacting the coast. The cloud soon disappeared as the morning progressed and the day warmed. At sunrise, it was clear it was going to be a hot day despite the presence of low coastal cloud.

Hot dry north west winds featured across the city and by late afternoon, it was becoming more difficult to see the Blue Mountains due to haze. By late afternoon, a distinct haze dominated the western sky with the sky taking a more whitish colour. The two photos showing the haze late afternoon were taken from the Auburn City Council car park facing west.

Many inland areas of New South Wales also reached 40C. The highest temperature occurred at Wilcannia Airport where 44C was recorded at 3.30 pm. It reached 40C in town at 10.30 am and dropped below 40C by 7.30 pm giving 9 hours where the temperature exceeded 40C.

Other hot localities included Fowlers Gap and Ivanhoe where 42C to 43C occurred. Generally 40C to 42C temperatures were common throughout.

Belambi (Illawarra). A remarkable temperature change occurred between 3 pm and 3.30 pm. At 3 pm with easterly winds, the weather station had recorded 24.9C. By 3.30 pm with the hot dry north westerly winds arriving, the temperature rose to 38.9C which is a 14C rise in 30 minutes.

This shows some of the more interesting temperatures being recorded during this hot spell which is now ending.

The South Coast of New South Wales being the exposed coast generally missed the heat and hence places such as Moruya, Ulladulla and Narooma had maximum temperatures in the twenties.

The heat has now ended across Sydney with the southerly change arriving after dark providing relief after three hot days.