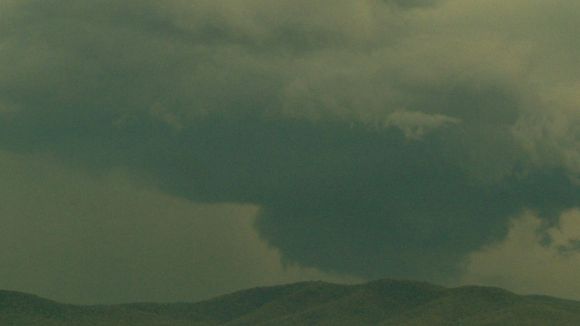 I left work at 12.30 pm and drove south west towards the Marulan / Goulburn region for a storm chase. Before I left, I checked the radar and identified a storm cell that I could intercept.

I stopped at a rural area near the Belanglo Forest turn off where I took a number of photos of my chosen storm cell which proved to be the only photos I would get. That cell collapsed rapidly and by the time I reached Marulan, the storm had totally decayed leaving a large oval shaped anvil cloud structure across the sky. However, new storm cells began to develop further south and west. I decided to wait until a strong enough cell had consolidated enough to begin another chase.