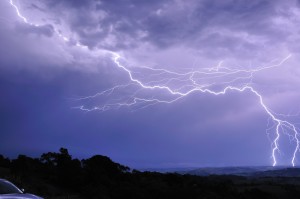 It turned out to be a frustrating day. Ample moisture and heat across the Northern Rivers.Where were the storms? In SE Queensland! 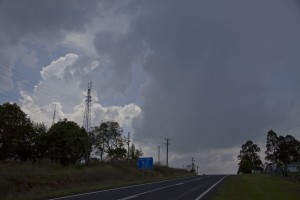 I started the day in Guyra where I had stayed the night and headed to Tenterfield. A nice cumulus field had formed here but were somewhat higher based. After the NW winds persisted in the area, I decided to head down into the Northern Rivers. One of the cumulus had suddenly consolidated and was tapping into the moisture. It looked promising and as I passed virtually under it, the storm rapidly developed. Further down the road and another stop and it began to produce its first thunder. 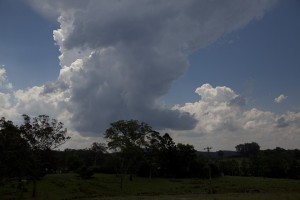 It was a pity that the shear aloft was not sufficient as it would have taken on lower level inflow. Unfortunately this storm matured and slowly dissipated. Other cells tried and met the same fate. And so the frustration began. I headed towards the north of Tabulum and ended up in the Urbenville region. The storm I was attempting to get close to weakened to my disgust! The storms in Queensland were not doing much either and my only hope was activity to the west and south west. The humidity was unbearable and I was bewildered as to how such high dew points pointing to extremely unstable airmass and yet nothing absolutely nothing would tap into it. In disgust, I called Michael to suggest I was heading towards his area. 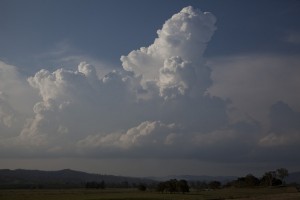 There were attempts again to the southwest but these dissipated. Suddenly a gust of wind startled me! I mean there were lighter winds further back and then fresh to strong E wind gusts. 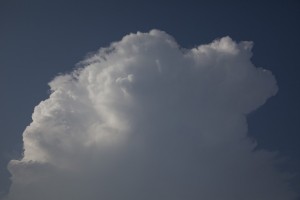 This was odd but I continued. It may be the change coming through. As I ventured south, a cumulus cloud popped up to my west. Then another along the same line. I took no notice of this until approaching Kyogle. Then it dawned up on me this was some sort of boundary. Having nothing better to do, I watched. I guess the storm should have done what other storms in NSW should have done - collapsed. But this cumulus line meant business. The first tower shot up rapidly and another struggled behind. In about 10 minutes the two began to merge and the storm tops built to significant heights. As I moved further south to keep the whole structure in view, the storm matured and became an organised multicell complex. 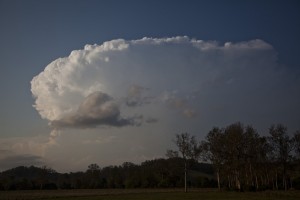 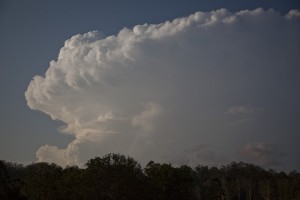 In fact once the cap weakened, it became a small MCS (mesoscale convection system). My pictures showed the initial stage of this complex but it produced a back shear and an overshoot. Quite impressive. 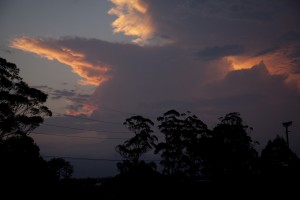 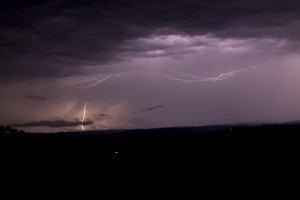 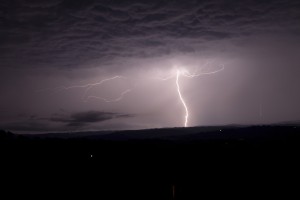 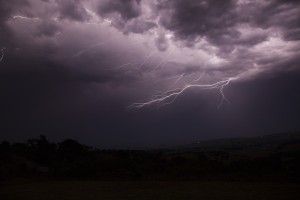 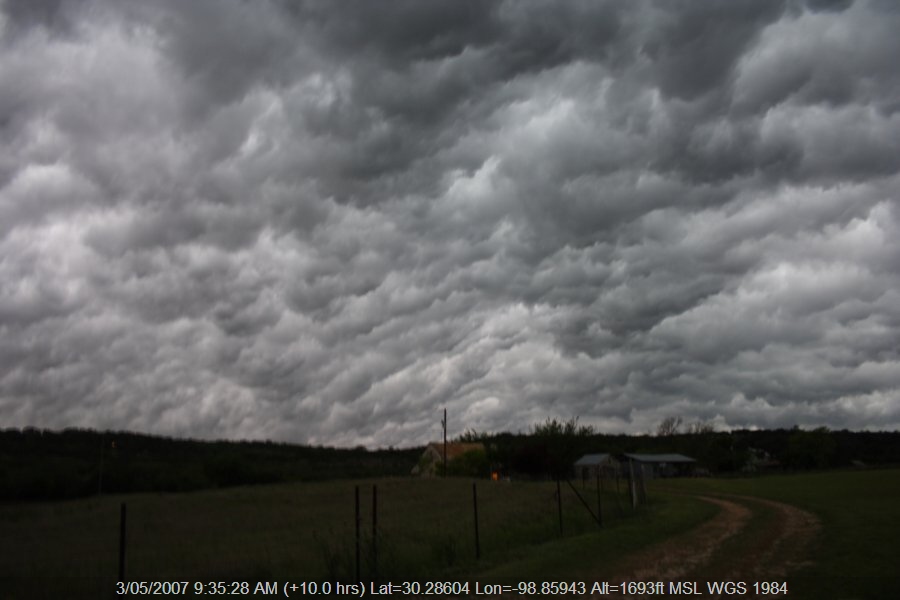 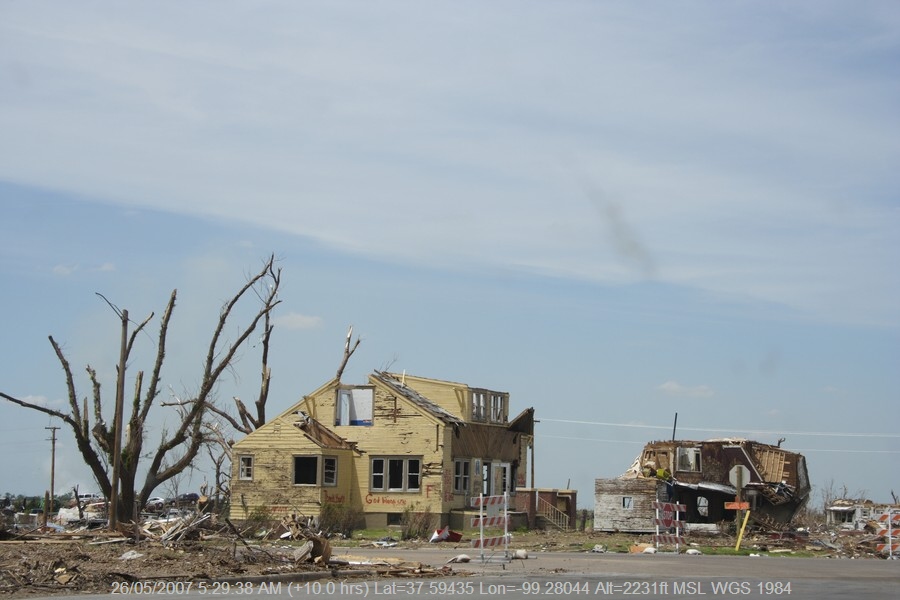