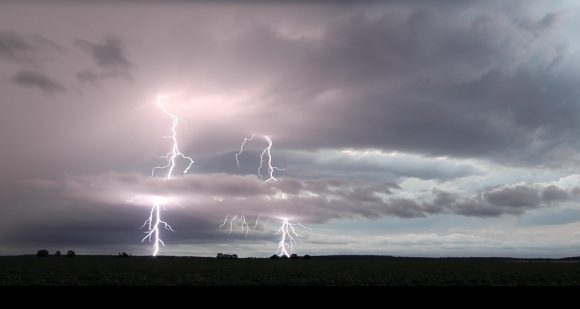 With a potentially good set up, storms have lashed the southeast Queensland Darling Downs region with hail drifts reported and also numerous cells including supercells across the region. The first round of storms developed rapidly and moved northeast. Some extremely heavy rainfalls reported from this system as well.

More storms developed from southwest and headed towards the NSW border region. Another set of storm splits occurred near the border with NSW which seemed to favour more right movers in NSW. I approached a well structured storm at night time but the storm collapsed near Moree. It had released one last spectacular anvil crawler barrage prior to its demise! Although tornadoes were not out of the question, the main reasons for a low risk were the orientation of the cells to the northeast rather than southeast to east. To many storms took off as well and they became cluttered and therefore competing for moisture.