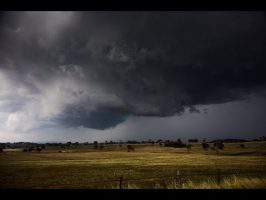 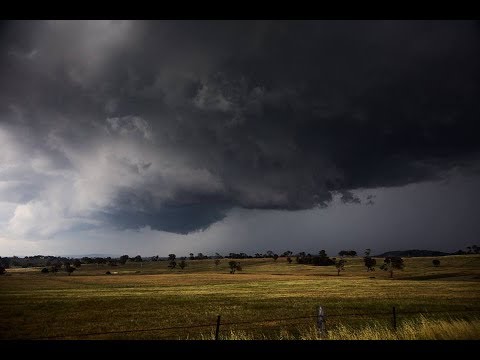 https://www.youtube.com/watch?v=-fP799miFHM Here is one of the videos from the 10th January 2019. Hail mostly in the 2 to 3 cm range with some 3 to 4cm about golf ball fell. Some nice lightning preceded this deluge.

Not for Media Use Licensing Available at www.extremestorms.com.au 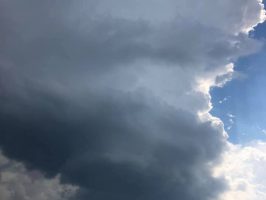 Storm chase near Lithgow. Already one storm in no mans land but may possible back build SW 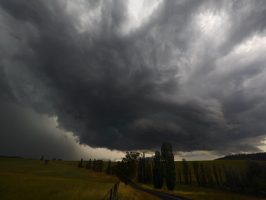 Given adjusted soundings were just as favourable (although slightly narrower in the Central Tablelands, I decided to head west rather than south. I am glad I made this move.

On arrival the first storms were developing in the Wollemi National Park - no roads. However, it seemed the storms were back-building slightly and further development on the southern flank. A storm developed and produced pea -sized hail near Bell - yes two days in a row with hail!

This weakened so another cell was developing west of Katoomba in the valley. Near the Cox River, this cell consolidated and developed a nice anvil and updraft structure. The northern end seemed to split and develop as well almost overhead! This produced hailstones on the core's edge to 1cm.

I exited the valley towards Hampton and this introduced me with a glimpse to the beast near Oberon. Taking the road from Hampton to Rydal, I had to pass through not one but two separate hailstorms to get a good view of this very persistent cell! And what a sight! And massive updraft separated from the precipitation with nice anvil shield! Making a direct course to the updraft took me to Tarana where an impressive base hugged the mountains overlooking the valley!

There was no way I was gong to miss this core and entered it right in Tarana. I noticed a more ideal road heading north and it was here right across the stream, larger hailstones began to thump the vehicle! Soon the whole road was white and hail began to pile in the gutters as well. I attempted to slowly make my way further north, but the torrent of rain and hail was overwhelming making visibility low together with hail fog. Then comes a road subject to flooding sign - oops straight through! Then another straight through that as well. The hail was thundering on my vehicle -it was deafening!

Up the hill I finally rose and that gave me comfort of safety. A vehicle overtook me and then suddenly slows down.Flash flooding crossed the road with torrents of water and debris! It was unbelievable - this core was very insane producing intense and sudden bursts of hailstones. It was difficult to see at times but further northwest, I finally could see a clearing. I was out of the core briefly before heading east along the Great Western Highway towards Mt Lambie entering the remnants of the core which still was intense! After seeing the storm out near Portland, I decided to quickly head back to Tarana to measure the hail. At first it seemed mostly 3 to 3.5cm hail - I could tell from the deafening noise and occasional loud thumps that the hailstones were about golf balls! Further down this was confirmed - hail to 4cm (remembering that I had left the storm 40 minutes earlier and with the rain some melt would have been occurring. Some of the hailstones would be kept cold protected by the hail drifts.

The aftermath was a mess with a torrent of hail piled up up to 20-30cm in depth swept in gutters with mud! And let's not forget boulders yes very large rocks washed onto the road by the flash flood as well as small branches!

Not for Media Use Licensing Available at www.extremestorms.com.au