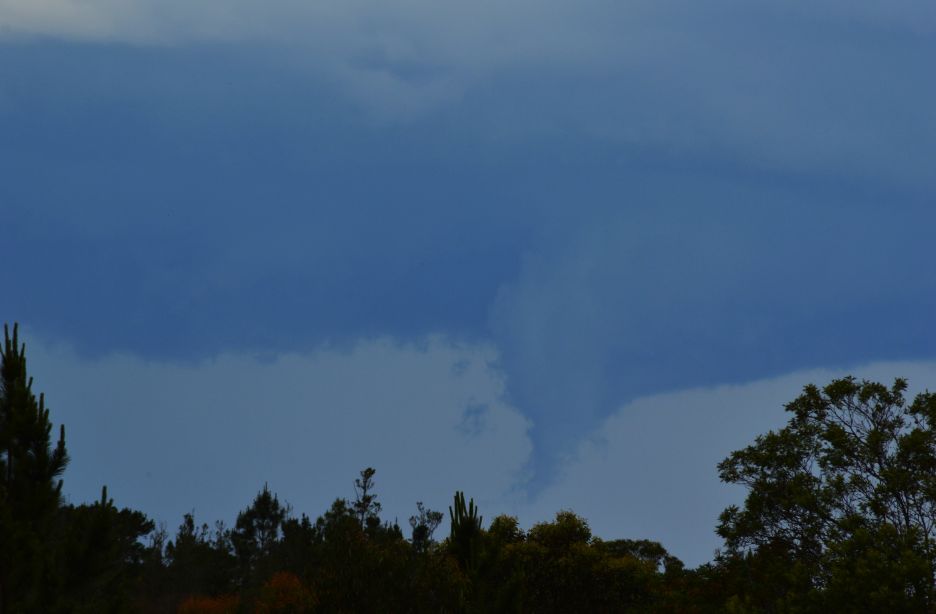 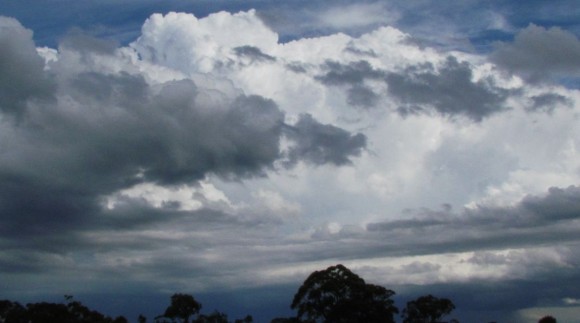 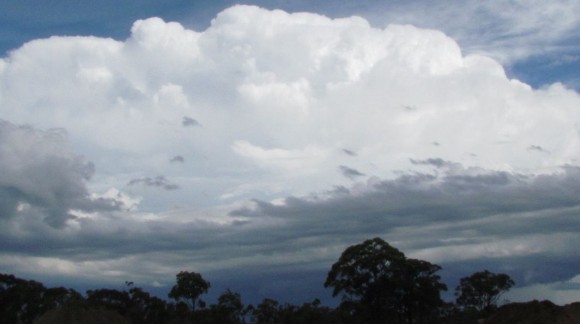 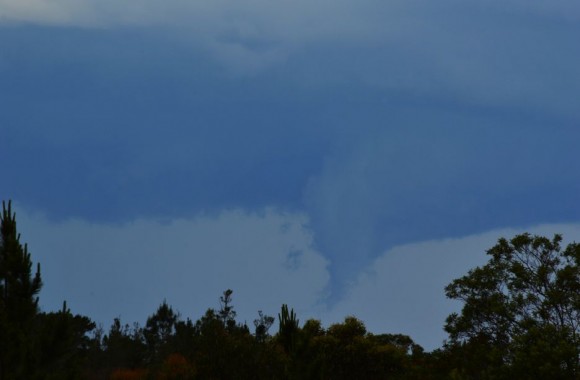 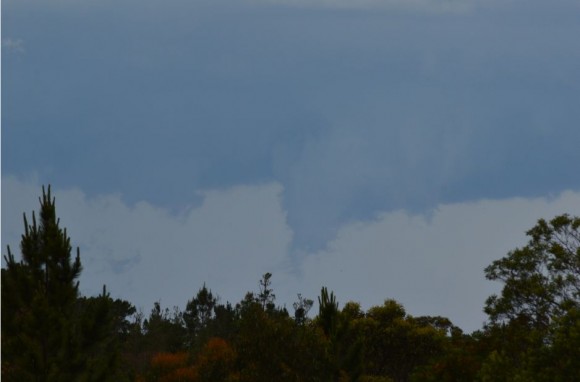 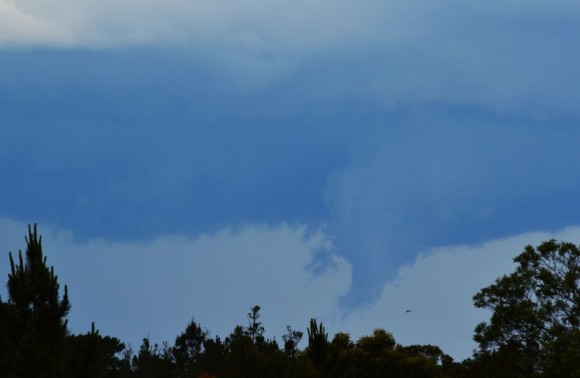 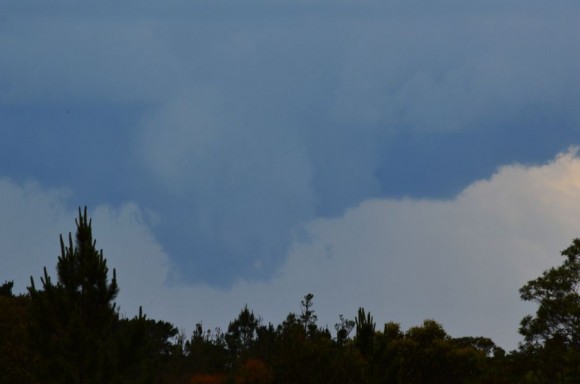 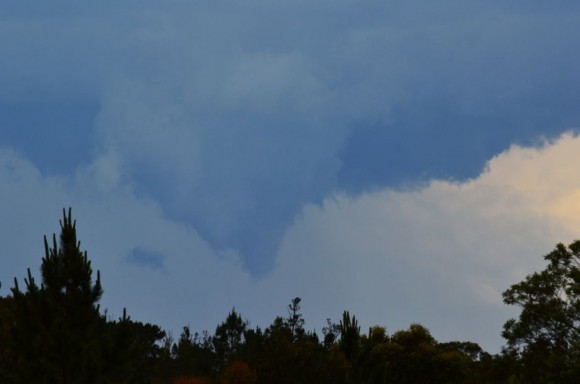 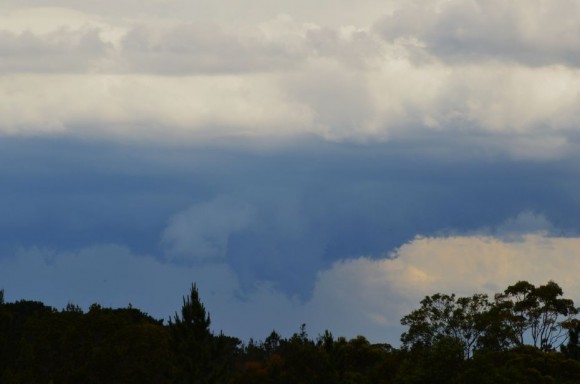 Late afternoon, a strong thunderstorm passed over the Gosford region. After getting caught at roadworks near Kulnurra with road crew refusing to allow traffic through on the north bound lane, I turned around and went back to Mangrove Mountain. I was attempting to get to Cessnock to intercept a separate storm which I had to let go.

However, that action proved fruitful. Upon my return to Mangrove Mountain, I was able to reposition myself quickly to photograph storms well to the south over Sydney and Gosford.

In particular, a storm cell over Gosford to my south east appeared to become quite intense.

Strong crisp updraft towers were observed and I had reasonable views toward the base.

Using my Nikon camera with zoom lens, I was close enough to photograph the base with good clarity although too far away to see exactly what was going on under the cloud tower.

The north west portion of the thunderstorm became quite interesting especially with the behaviour of the base. The images show the base during a dynamic phase of the storm. I am looking south east from my vantage point.

Interesting while doing this, I discovered the Mangrove Mountain weather station unit consisting of a wind wind vane (Winds were NE tending northerly at the time at my location), the rain gauge and the Stevenson box that houses weather equipment.

After taking the photos, I proceeded east towards Gosford and the storm then went north on the M1 Motorway to intercept a separate storm cell and my first hail event for the season.

The images provided are specific to the Gosford thunderstorm with emphasis on the base.