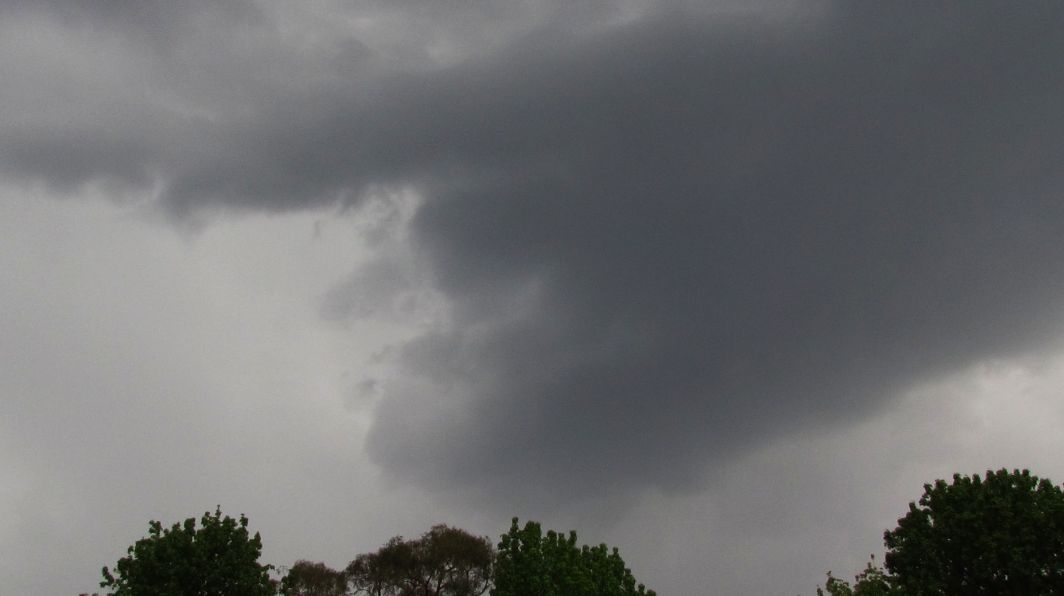 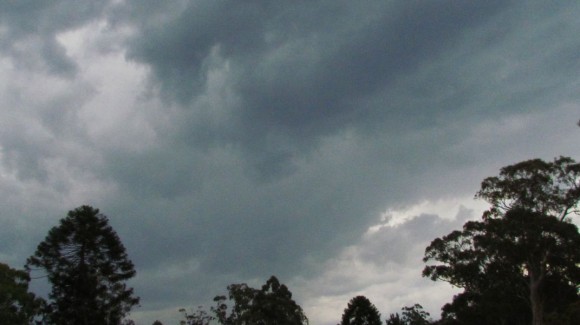 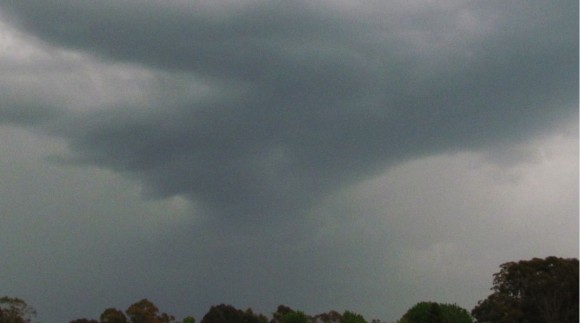 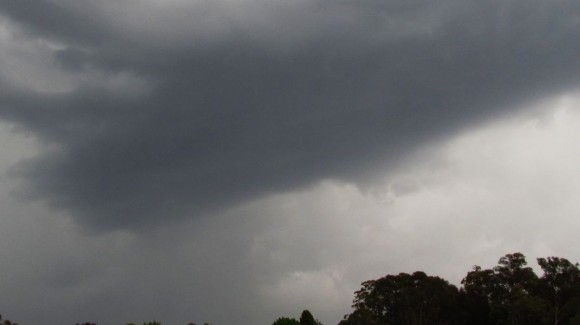 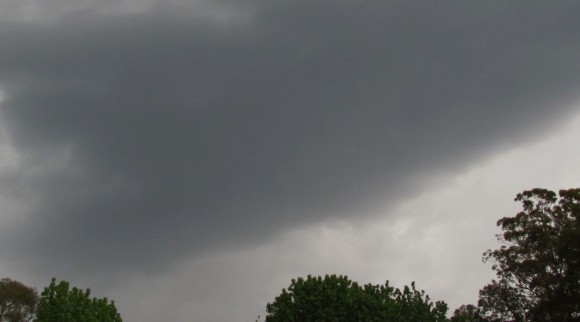 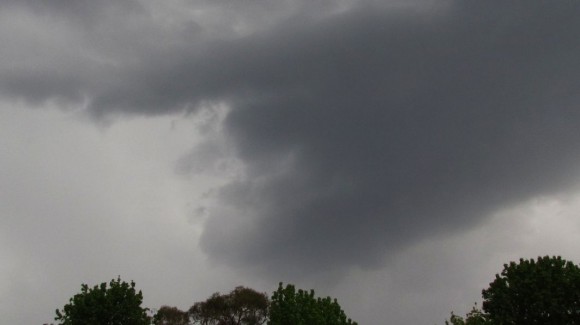 During the period Friday to Sunday 9 to 11 October, a number of storms have occurred across New South Wales and Victoria although as usual, most have been hit or miss and rainfall totals have been localised.

During the afternoon of Sunday 11 October 2015 I undertook a local storm chase to the Lower Blue Mountains west of Sydney where I intercepted at least 2 storm cells. In fact, I managed to position myself well and the result were two storm cells passing over the same area and a reasonable downpour of rain from the second storm.

At around 3 pm, I found a particular cloud tower south west of Blacktown although still over the Lower Blue Mountains interesting and worth closer investigation. I drove west along the M4 Motorway where I passed under a decaying storm cell near Penrith and a moderate burst of rain. Further west, I noted a strengthening storm cell that was interesting and worth a closer look. I went up to Glenbrook where I positioned myself so that the storm would pass over me.

This became the first storm and it started to produce a structured base. A number of photos were taken as it passed close by. The storm produced a short burst of moderate rain and a small number of lightning flashes and thunder claps.

A second but stronger cell was developing slightly south and west of that one. While lacking much structure, it certainly produced a reasonable downpour as it passed over Glenbrook. No less than two strong thunderclaps were audible from two reasonable lightning flashes close by. The storm produced far more rain than I expected probably due to the fact that it was slow moving. Some cold down draft winds were noted as the storm passed over.

Following that storm, I left the area and followed it all the way back to Blacktown where I noted that the storm was in decay.

The highest rainfall that can be found in the area is 13 mm at nearby Warragamba Dam. There does not appear to be a rain gauge at Glenbrook and hence rainfall total is not known.

The local storm chase has heralded the start of the summer storm season for Sydney and surrounds.

The images provided show the first storm as it approached Glenbrook.