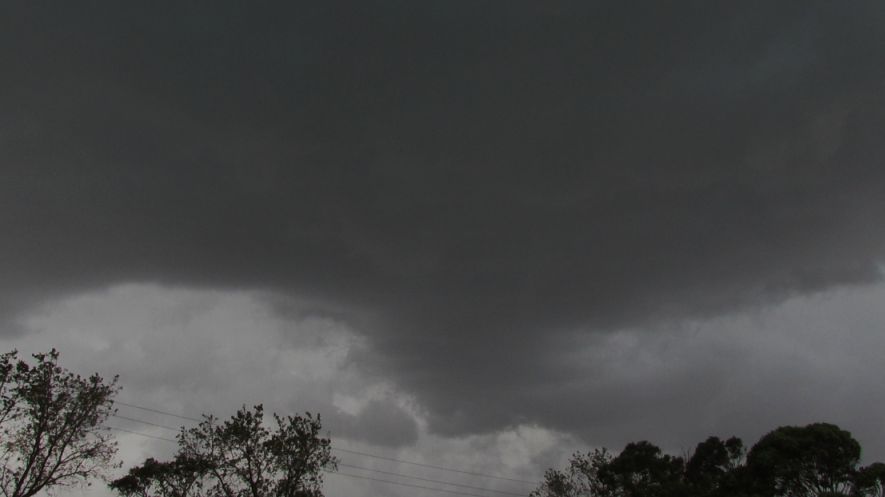 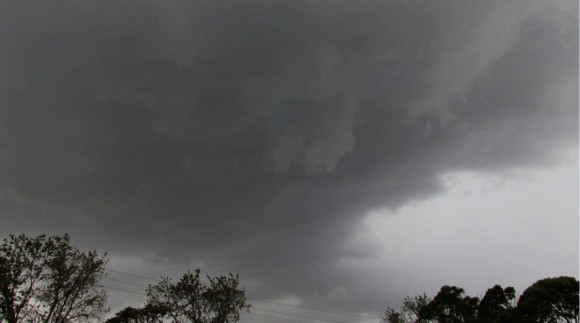 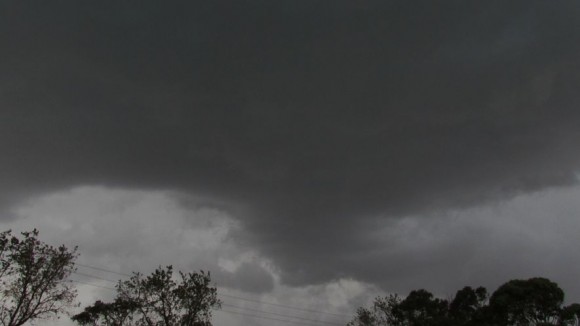 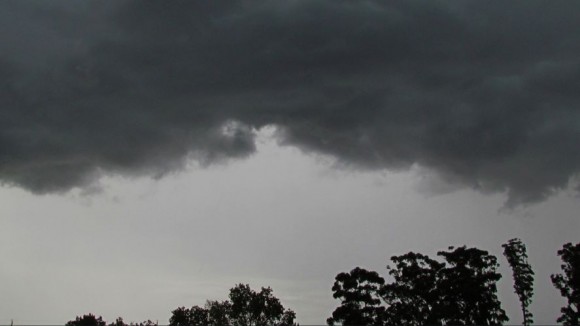 Following a review of the weather models and radar images, I drove to my favourite lookout at Bella Vista and spent some 30 minutes watching the cloud formation to the west over the Blue Mountains. Amongst the cloud bank, I was able to identify a storm cell that had some interest.

I then drove to Windsor and found a park just to the north of town opposite the Nepean River. The cell that I spotted earlier was close by but in a decaying stage. Some rumbles of thunder were audible from the decaying cell.

Amazingly as the system came off the Blue Mountains, the storm seemed to redevelop including a new base. I saw one cloud to ground lightning strike to the west and another to the north a few minutes later. I then realized what was occurring so I stayed at my chosen location.

A new storm cell developed around me and overhead including a new lowered base. A brief but heavy rain shower occurred along with some strong winds. As the storm passed further east, the amount of lightning increased in frequency. I commenced a chase back east along Windsor Road but traffic slowed me down and hence I was unable to catch the storm a second time.

I attach a small number of photos of the storm. This was the storm that passed over Sydney mid afternoon and the photos taken shows the storm as it redeveloped around Windsor.