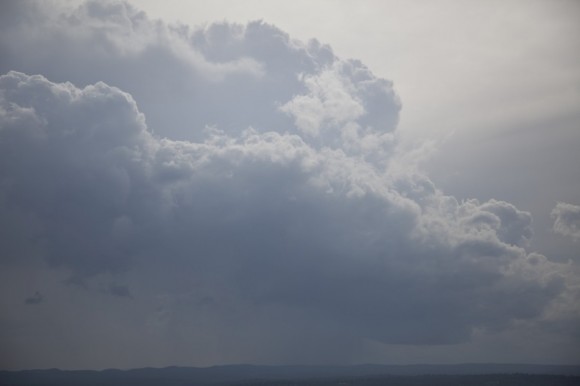 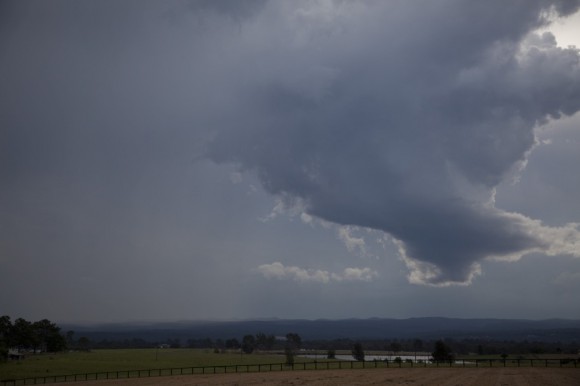 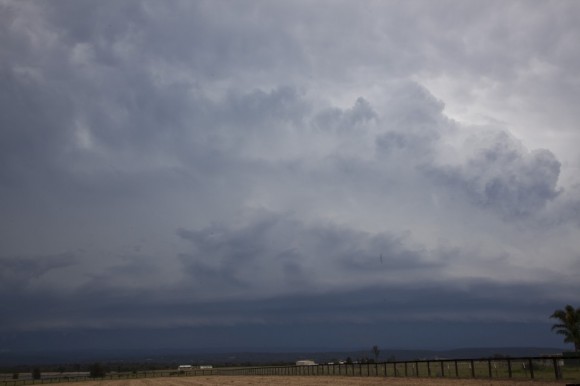 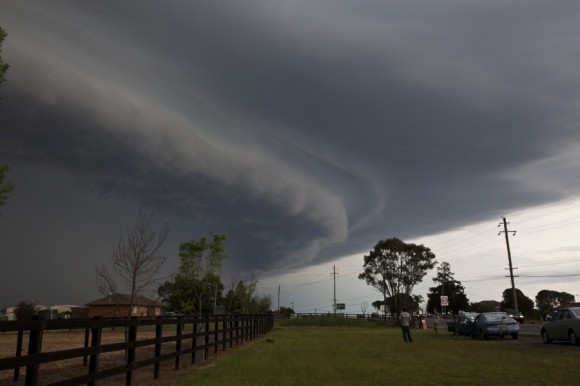 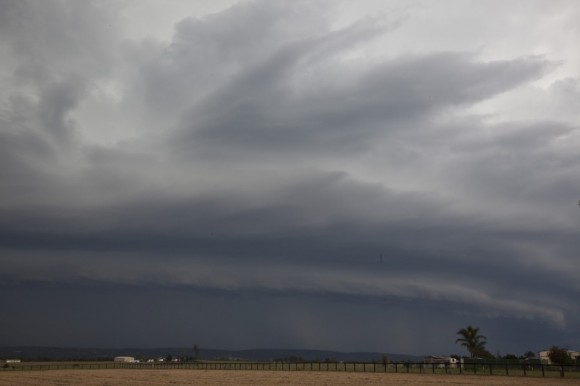 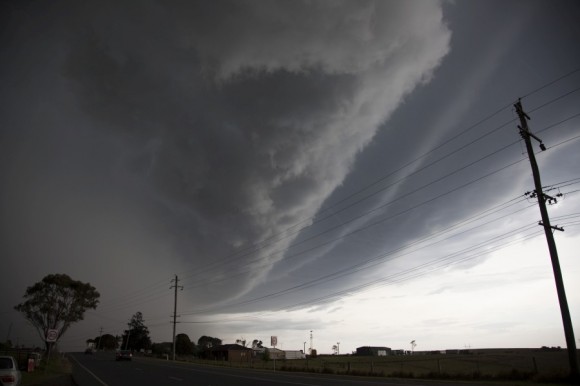 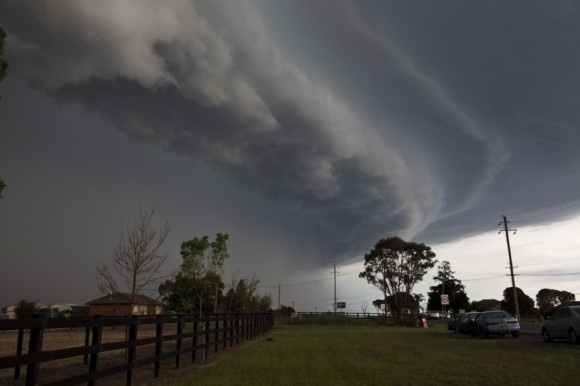 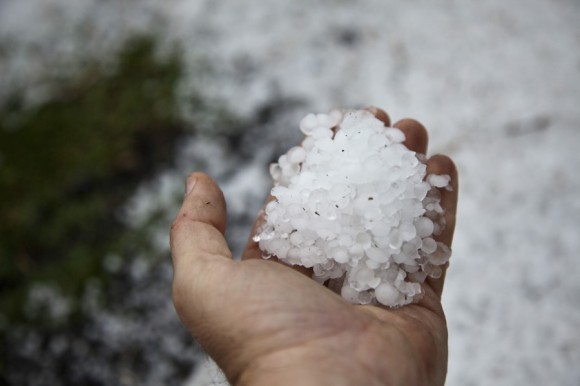 Hail swept into drifts onto the road side

After a day of cloud and intermittent rain, the clouds clear to a warm afternoon. On the horizon was a fairly extensive storm system that was approaching from the west. Warnings were issued for hail and wind as the storms intensified on approach to the Central Tablelands. A small storm developed ahead of this line though was not able to sustain and explode to incredible heights as well as tap into the moist surface infeed. The squall line rapidly approached and dominated the local environment. A spectacular shelf cloud accompanying this line passed through Sydney suburbs. Some cores contained hailstones with hail size to about 1 to 1.5cm but mostly pea sized. The storms also produced hail swathe 1km wide although hail size was limited to about 1 to 1.5cm in diameter. One of the highlights of the chase came towards the end as I headed back from the drive near Rose Hill and back towards Old Windsor Road. there were a few very close lightning bolts! One in particular hit behind trees perhaps within a few hundred metres away! It caused a massive spark and beaded out! this was followed immediately by crackling thunder! 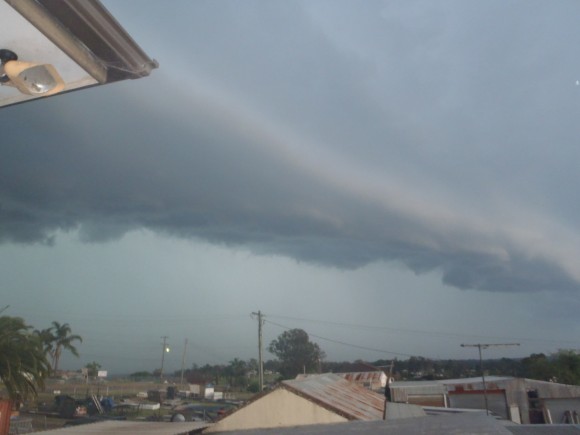 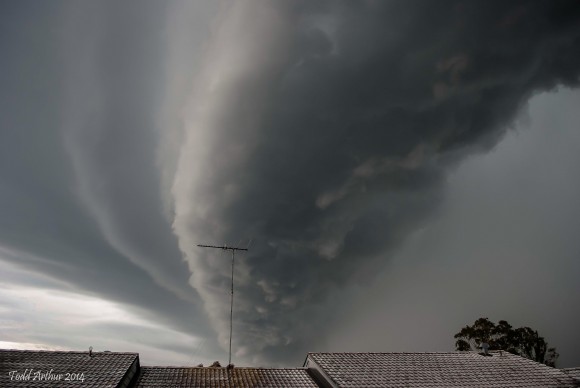