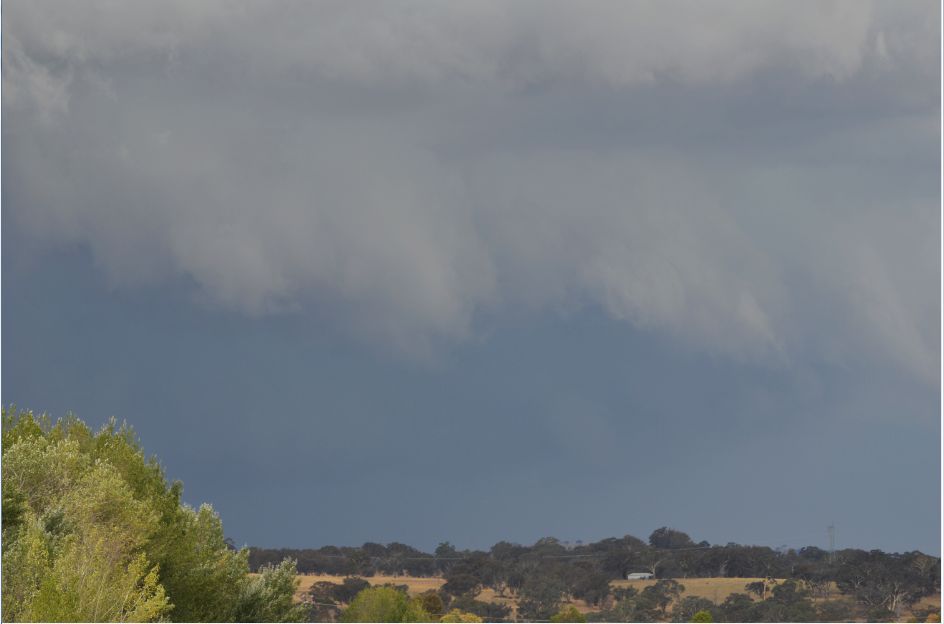 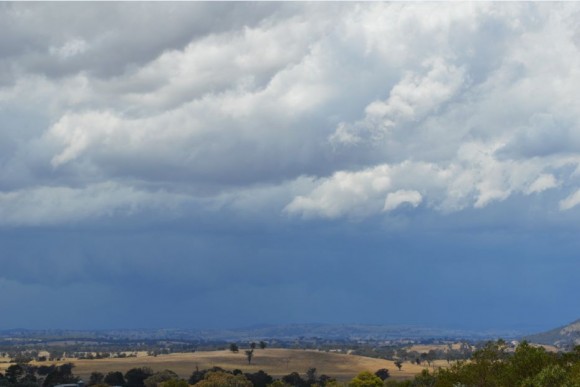 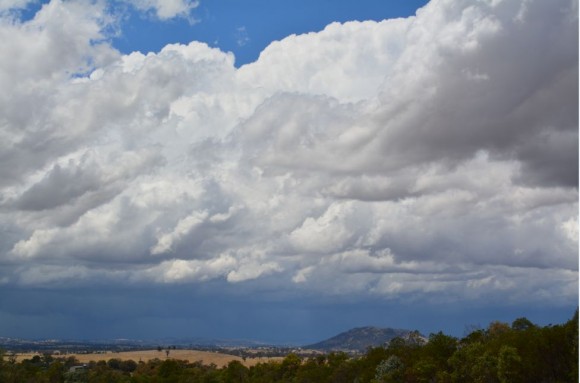 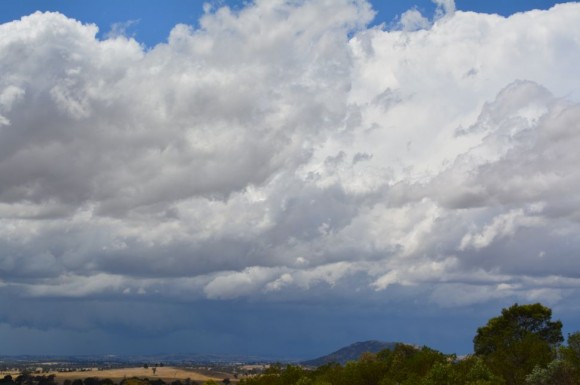 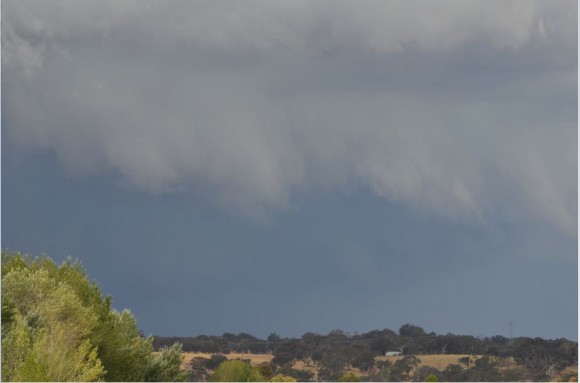 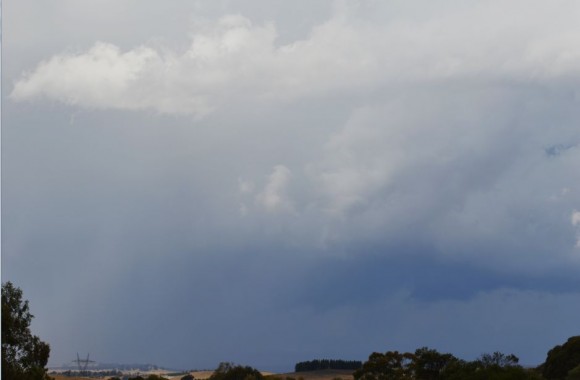 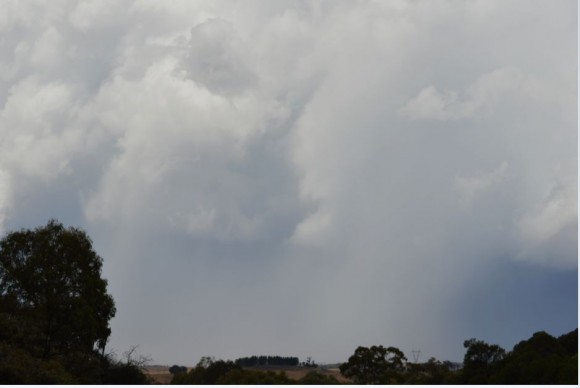 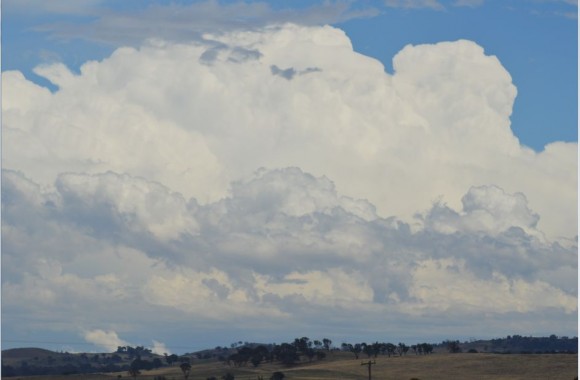 The images of the thunderstorm near Conroys Gap (New South Wales) were taken during my return trip to Sydney from Albury.

I had expected some thunderstorm activity during my journey given the weather forecasts that were being made however I had no opportunity to undertake any detailed weather forecasts. I was relying on a basic weather map for Southern New South Wales prepared by the Border Mail (Albury / Wodonga's local daily newspaper) and I was amazed that it was reasonably accurate.

I left Lavington at 9.44 am and drove to a township called Jugiong approximately 220 km north east where I had lunch and watched a pre storm environment develop further to the east. Large cumulo congestus clouds were seen building between 12 noon and 1 pm and near 1 pm, I headed further east towards Conroys Gap. As I crested the gap on the Hume Freeway, I was greeted with the first storm as shown in the images.

Given the clear skies, this was a high contrast storm cell. There were no storms further west. This storm began a 7 to 8 hour long chase that stretched some 250 km along the freeway including numerous stops and a significant storm at Goulburn.

This storm was travelling south and I drove through short but heavy bursts of rain. One of the photos suggest hail falling but I did not encounter hail as I drove through it on my way towards Goulburn.

As a result of this storm, I took a number of detours to obtain as many images as I could. This storm went into an area of no roads because it crossed over the Brindabella ranges and Snowy Mountains further to the south.

This storm was a highlight due to the high contrast of colours that were produced as I closed in on the cell from the west.