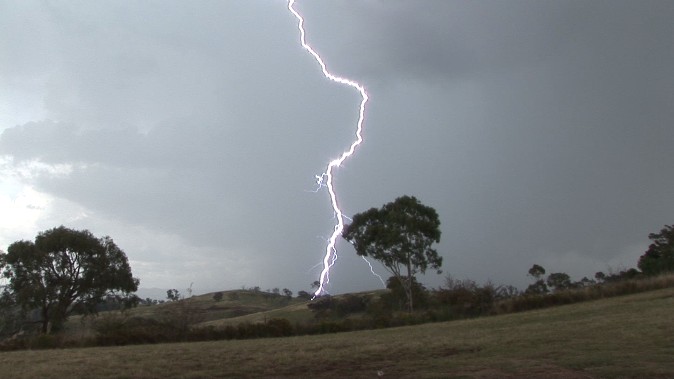 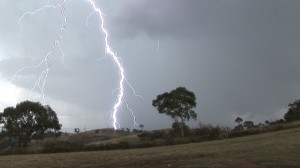 On 21 January 2012, I undertook a storm chase that I would like to share. I went to the top of Mt Panorama at Bathurst where I intercepted a storm after lunch. A rain free base passed over head and as it did so, it produced a display of natures power in the form of lightning strikes. I remember setting up my video camera under a picnic shelter low to the ground to catch the event. The photos from that are attached. A number of small tres on the distant hill were struck by lightning. At one point I went underneath a picnic table crouching to the ground as this occurred. With my camera rolling, I managed to capture part of the event. I saw one lightning flash blast a powerline to my east and another behind me which reflected off the ground. Once I was confident I had captured the lightning display, I removed my camera from the tripod and dropped the tripod to the ground. I was under a picnic shelter and in turn under a concrete picnic table so I did have protection. I was impressed with the raw power of lightning. The thunderclaps were explosive and loud.