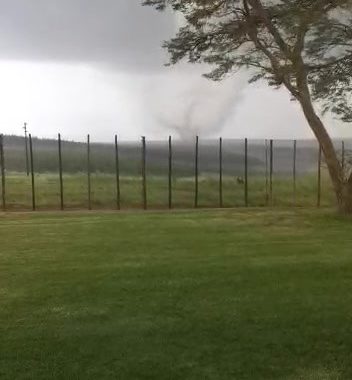 A number of fierce storms smashed the region of eastern South Africa. In addition one of these storms produced a long lived tornado.

Although it occurred mostly over open country it caused major damage. The aftermath of the damage shows snapped trees. In addition the pattern of these downed trees indicate damage by a tornado. In order to remove the debris a clean up is underway.

Several pictures and videos were taken of the tornado.