For the past 4 weeks, weather conditions have generally been settled along the east coast of Australia. There have been few rain events and conditions have been relatively dry. In this regard, there has a been a break in the wet weather. However, this is expected to change over coming days. Weather models are showing a significant rain event for much of Eastern Australia, including a significant portion of Queensland. It is highly unusual to see rainfall being forecast across the inland of Northern Queensland and across Central and Northern areas of Northern Territory at this time of year. Forecasts are being made for rainfall of 25 to 50 mm across such areas which would impact towns of  Cloncurry and Mt Isa.

However, while significant for such areas, there is particular concern for an area of the South Coast of New South Wales where some models are suggesting falls of greater than 200 mm. Given how wet it has been over the past 6 months, such rainfall totals would result in another flood event and flooding along rivers. The areas of concern are: 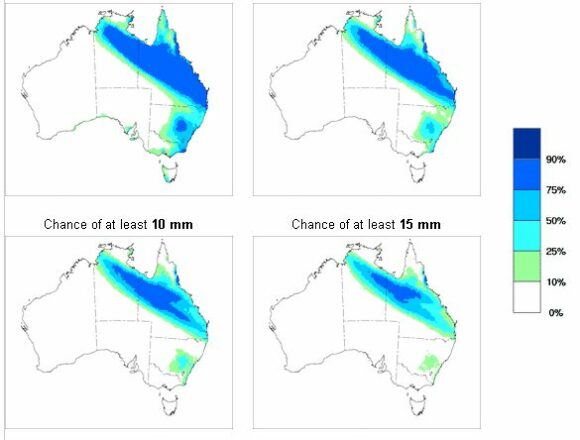 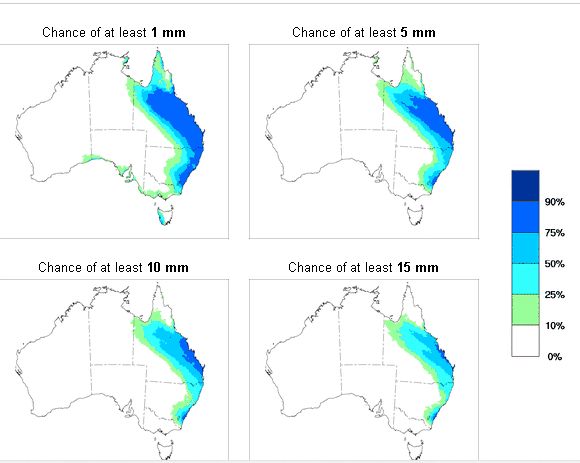 Given how wet it has been for 2022, this event should it eventuate would only add to the misery and rainfall tallies for the year. This event will be monitored over coming days.

Attached are forecast rain models. There are variations shown but overall, it is clear that this event is expected to be significant across a wide area.

The Himawari satellite image of Eastern Australia is attached taken at 6.40 pm Wednesday evening which shows a significant cloud mass covering most of New South Wales and Queensland and much of Eastern Victoria. Some light rain is occurring across some areas but as it travels further east, the rainfall is expected to intensify.