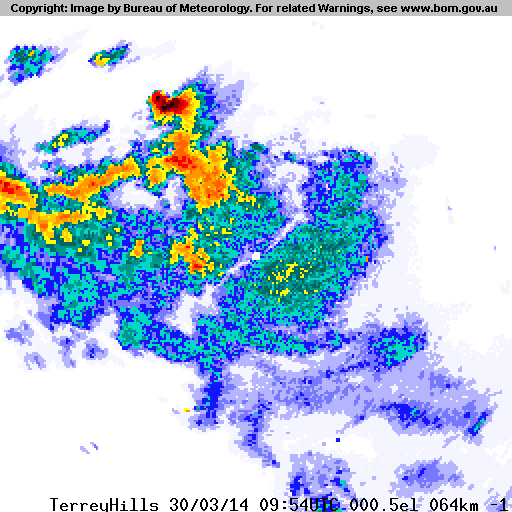 After a warm autumn day, storms developed on the Southern Tablelands once again. A warning was issued for a cell though it seemed to be outflow dominant and it became rather disorganised. However, as the complex moved into the western Sydney region, the storm intensified on radar into a likely supercell about 8pm with golf ball sized hailstones observed. Another cell developed on the forward flank but there was a distinct and sudden break along the northern flank. Then rain suddenly began to fall from the new developing cell. A cell continued into the Mt Yengo National Park with warnings in the Wollombi region as a supercell with couplet once again passed through the region. Radar still to be posted on this interesting storm event!

Radar Scans of the storms in Sydney