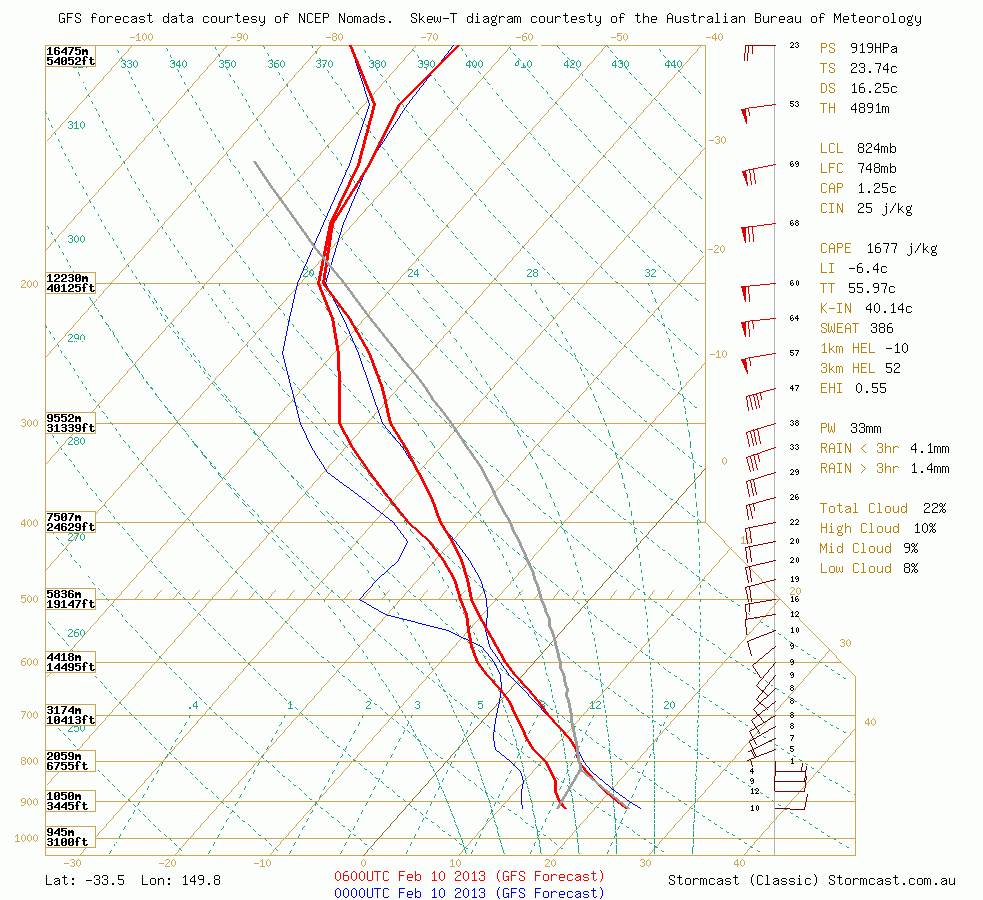 Looks like there is some potential for severe storms to develop from Saturday through to Tuesday and at this stage Sunday/Monday is looking the best in my opinion. Monday is showing the possibility of reverse hodographs over the Northern Central Tablelands & Upper Hunter districts with deep South East lower level winds over topped by South Westerlies from 500mb upwards. Sunday afternoon has stonger CAPE potential with values of 2000+ in a very focused area west of Lithgow. What do others think?

Forecast sounding for the region near Bathurst. Not too bad.