As shown in the attached photos (Two photos) taken during recent storm events, heavy bursts of rain has been a feature across large areas of New South Wales and Queensland since Monday afternoon. Such totals have resulted in flooding, significant property damage and even fatalities. Eastern New South Wales including Sydney and South East Queensland have been the hardest hit regions from this event.

Some general commentary is provided for some of these events:

As shown in the rainfall plot of Sydney for the 24 hours to 9 am Wednesday morning, the heaviest falls were: At least 10 other weather stations across the Cumberland Basin of Sydney received more than 100 mm. At Blacktown, falls ranged between 84 mm and 106 mm however falls drop sharply further west.

While I have a rain gauge set up in the rear yard, it is not an official one but does provide an idea of what fell being around 35 mm.

This does not mean that Western Sydney has missed out as the area between Penrith and Blacktown has experienced at least 2 thunderstorm days, 4 thunderstorm events in recent times, all of which produced heavy rainfall events. The intense storms largely missed Sydney’s eastern areas.

Another area that has experienced high rainfall for the same period is Wyong where up to 160 mm fell at one location. An area around Noosa and Maroochydore recorded incredible falls with two weather stations recording over 400 mm for the 24 hours to 9 am Wednesday morning. Some incredible totals include:-

Such totals and intense rain was concentrated into a very small area which has resulted in moderate to major flooding within the Gympie region. It is known that there has been a flood related fatality from this event. A separate event impacted an area between Coffs Harbour all the way to the Richmond Tweed area during Wednesday and into Thursday where numerous weather stations had recorded more than 100 mm of rain. Rainfall totals reached 240 mm at Alstonville (Near Lismore). The heaviest totals included:- Major flooding is occurring due to a second burst of exceptional rain. The event until 9 am Friday morning appears more widespread and impacting a greater number of people and population centres. Generally, an area from Gladstone in the north all the way to Brisbane was impacted and again some totals reached 300 mm. The heaviest totals included:-

As this is being written, another major rain event is causing disruption in areas west of Brisbane and a weather station at Gatton has recorded an impressive 190 mm in the 9.5 hours between 9 am and 6.30 pm Friday afternoon which is an average of 20 mm per hour. There is even a fall of 212 mm at nearby Gatton Alert. This is ongoing and likely to lead to major flooding in coming days for the local river system. Already several smaller rivers within this area are at major flood levels. Such flooding has the potential to impact Brisbane. 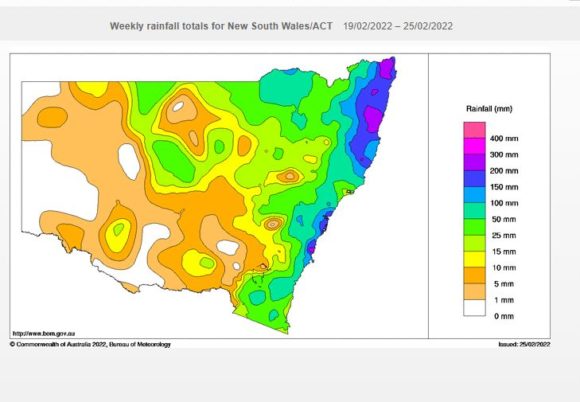 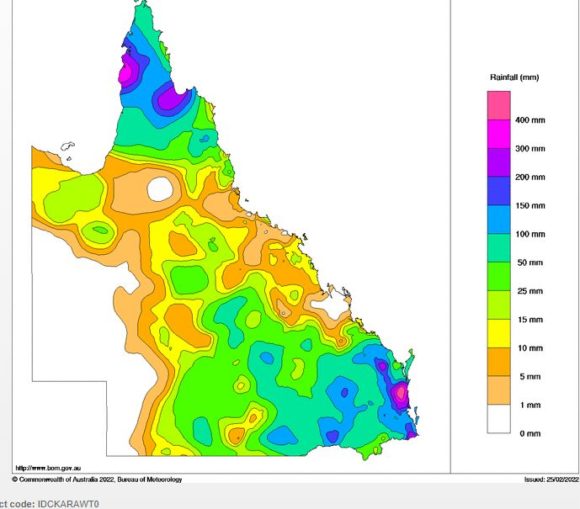 Across South Eastern Queensland, cumulative totals have topped 400 to 500 mm for a small area north of Brisbane mainly within the Maroochydore / Noosa region.

The rain depicted in the attached photos is heavy rain from a recent local thunderstorm but such scenes have been widespread since Monday with more to come.