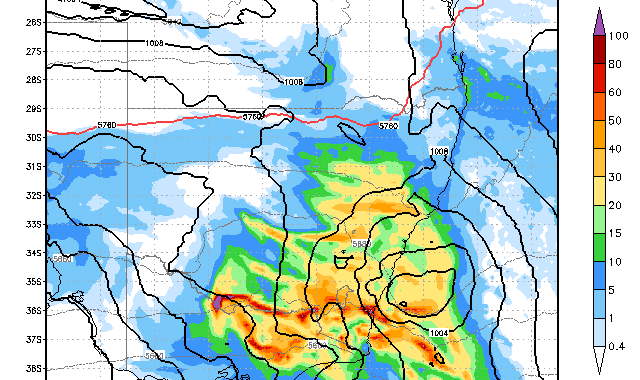 Finally great news for southeast and eastern NSW. A rain event prognosis is set to occur across southern and eastern NSW with some substantial widespread falls during Friday. A low pressure system will develop and deepen near Sydney or Wollongong. Widespread falls of up to 20 to 40mm and some locally higher falls are anticipated giving farmers in the region a well earned break! The wet season is also under way up in the Top End and central Australia providing some relief in the interior. Most of Australia is receiving well below their normal rainfall and with the longitivtiy of the heat wave has made things critical for some regions. Some areas are also under water restrictions. It is not a common occurrence for virtually the whole of Australia to be under an extensive dry patter for so long such as this and during the wet season. The 1982 - 1983 drought did produce extensive dry conditions with occasional local breaks.