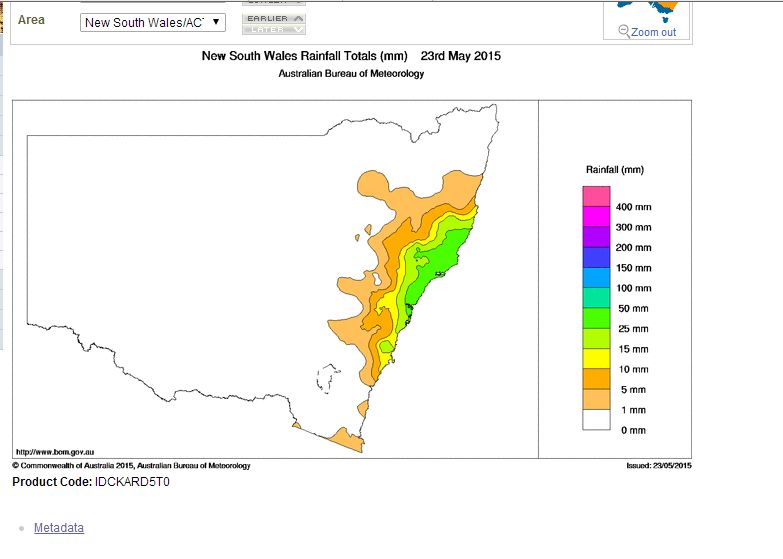 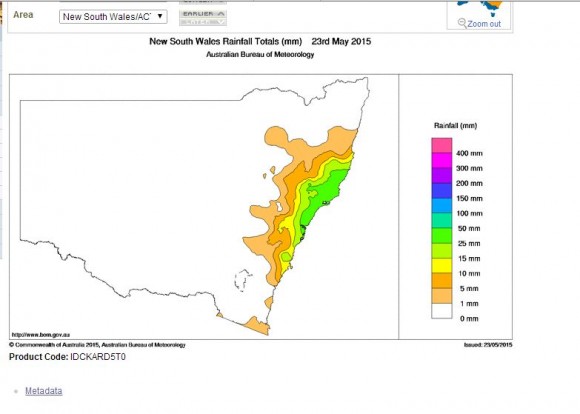 As shown on the rainfall plot, a burst of moderate to heavy rain impacted the New South Wales coast on Friday 22 May 2015. Unlike recent events, the rainfall was not as heavy. This was caused by an east coast low although it was not as strong as recent systems and it was fast moving.

Notwithstanding this, weather stations on the exposed coastline did in fact record strong to gale force winds from this event. No less than four weather stations recorded winds of at least 90 km/h but this was restricted to the coastline. The following is observed:-

Belambi Weather Station - A single wind gust of 91 km/h is recorded at 11 am from the SSW.

The rainfall plot for New South Wales is attached as well as the satellite photo from MODIS showing the cloud as it passed north along the coast.