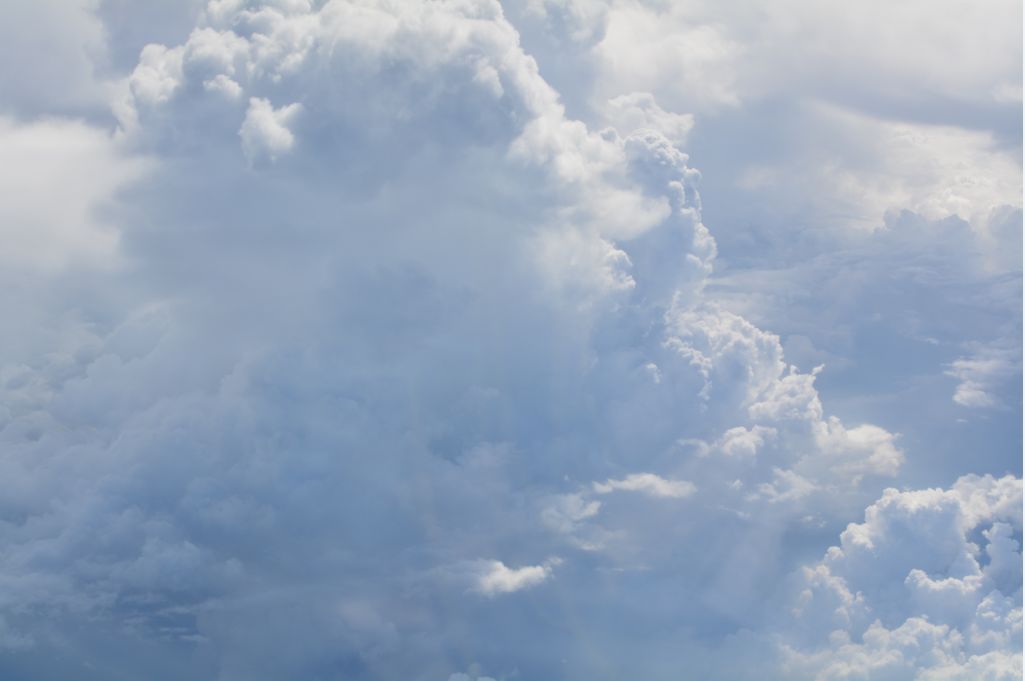 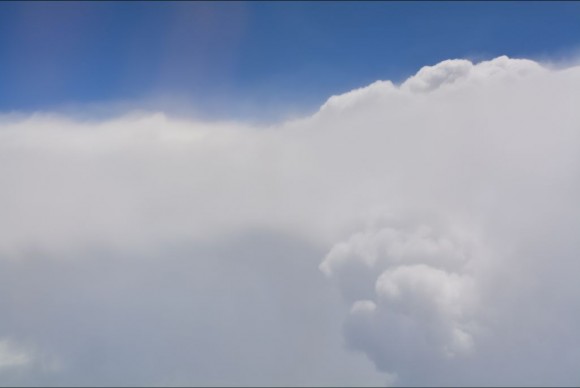 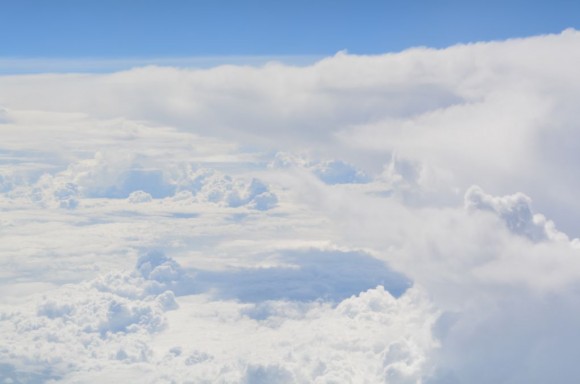 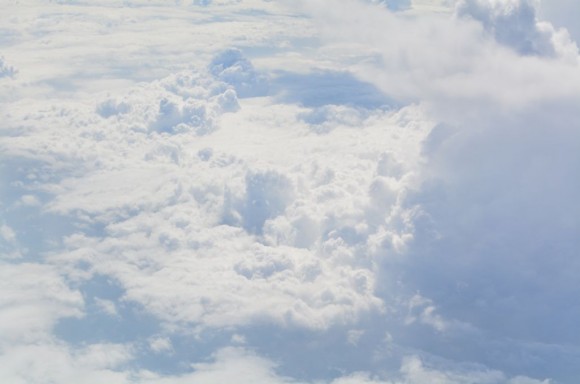 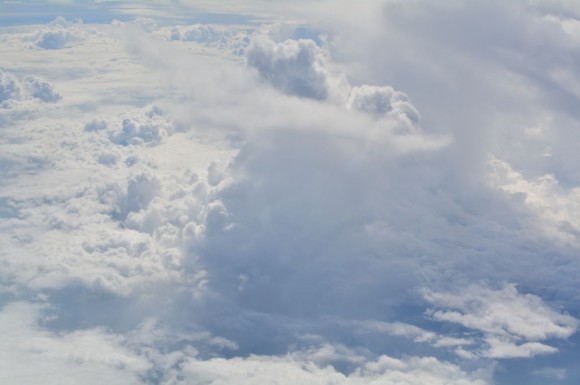 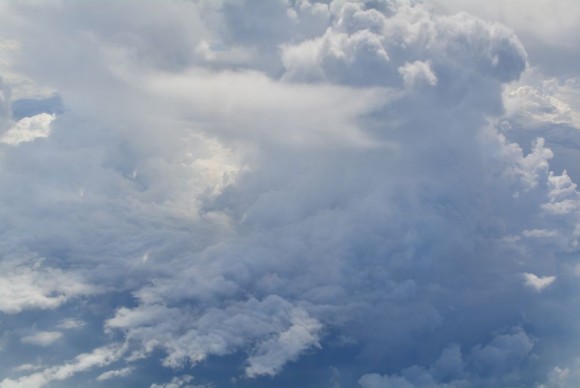 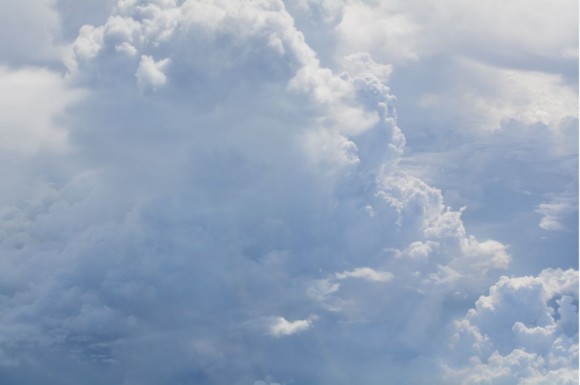 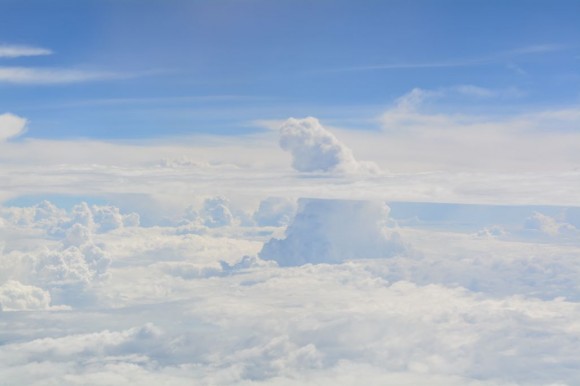 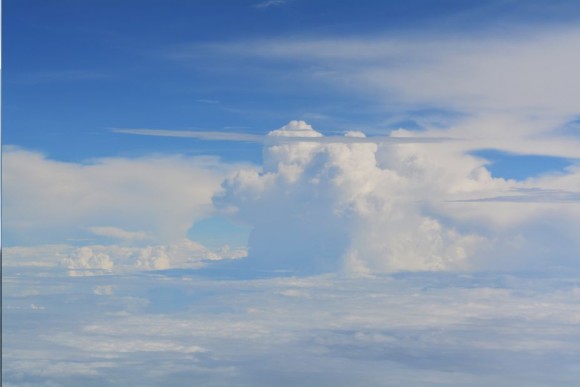 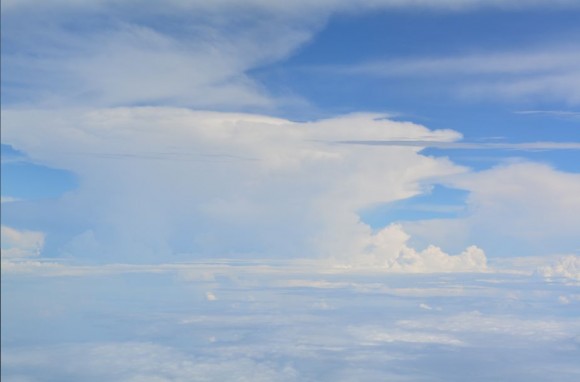 The Inter tropical Convergence Zone is a zone across equatorial regions of the Earth where winds from two hemispheres collide. The zone moves north to south of the Earth's Equator depending on seasons. Presently, the zone is within the southern hemisphere but lies close to the equator. The physical zone lies just to the north of Australia.

On the 20 February 2016, I travelled to Jakarta (Indonesia) and having a window seat on a aircraft, I had the opportunity to see for myself the Inter Tropical Convergence Zone in action over Java (Indonesia). This zone is characterised by many clouds with many thunderstorm cells evident where the winds from the two hemispheres clash.

The zone features towering but often convective thunderstorms. The clouds may appear impressive but they are often short lived due to lack of shear to move the storms. The storms tower upwards often to heights exceeding the cruising altitude of an aircraft. They unleash significant quantities of heavy rainfall across localised areas causing local flooding. The thunderstorms then decay and another storm develops nearby only to replicate similar weather conditions.

The storms photographed from the aircraft window were taken at an altitude of around 12,000 metres or 40,000 feet and a few storm cells exceed the height of the aircraft. Pilots have to veer around the storms due to updrafts and downdrafts and to avoid a safety issue.

The storms seen here are around Bandung (Java) within Indonesia.

The area around Bogor which includes a towering volcano being Gunung Mead and Gunung Pangrango experiences storms nearly every day of the year. Bandung appears to experience 218 thunderstorm days per year being the most in Asia (Christopher C Burt 2012).

While this could suggest an excellent location for experiencing thunderstorms, chasing such storms is near impossible due to poor quality roads and inability to drive a vehicle at any meaningful speed. With 42,000,000 residents living in this part of Java alone and with severe traffic issues, the only feasible method for enjoying storms is to find a vantage point and watch them develop over the mountains surrounding Bandung and that assumes visible clear skies free from pollution from the vast urban areas of Bandung and Jakarta.