For the second time in the space of twelve months, a moderate to major flood event has impacted the Hawkesbury River basin across outer Western Sydney. However, the only positive aspect of this is that the flood peak was less than that of March 2021. The images shown in this post are almost identical to the images obtained during previous flood however this time, I managed to be within the area just after the passing of the flood peak. According to the Bureau of Meteorology – “River Flood Levels” and it’s recording station at Windsor PWD, the flood peak was just below the major flood level which is 12.2 metres. The flood peak was 11.99 metres (This is at the top end of the moderate flood level range). My photos were taken between 5 pm and 6.30 pm after water levels had dropped by approximately 20 cm. Flooding across the region ranges from minor to major. There is still major flooding at one recording station being the North Richmond Pump Station. Late Friday, I investigated the flooding at 6 specific sites being:-

3 - Windsor Road - At that point where the road drops down onto the floodplain. For the first time, I watched fish swim along the “The Terrace” roadway at Windsor.

One thing I did notice was the smell of rotting timber and mud being left behind as the flood levels begin to fall. At least along Railway Terrace this time, flood levels were not lapping at the front doors of dwellings compared to last year. While flood levels are at least 2 metres lower than that of 2021, this does not underestimate this event. The images seen here at Windsor are being repeated across South East Queensland, Lismore, Grafton, Tweed Region, Coffs Harbour Region, Mid North Coast and Hunter region of New South Wales and I am aware that insurance claims have topped $1 billion as at Saturday 5 March 2022 and rising. I am also aware of ten fatalities to date. The rains of Wednesday were quite interesting for two reasons:-

1 - Rainfall was training (Train echo effect) over the same regions of Western Sydney for many hours.

2 - The heaviest falls occurred in a region between Blacktown and west to the mid to upper Blue Mountains. As such, Western Sydney was heavily impacted by this event.

The rains were falling over saturated river catchments from a sustained rain event. For example, there has been rain in Blacktown at some point over the past 11 days. Cumulative rainfall totals along the coast have topped 100 mm to over 400 - 500 mm over the past week and the result are the floods that have been occurring. 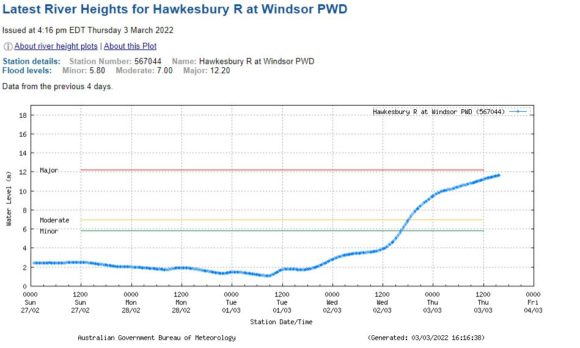 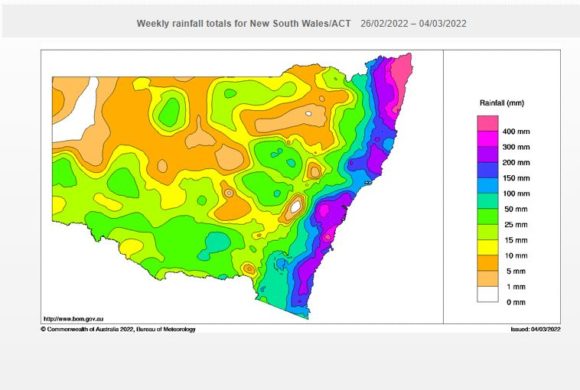 This event is not over as further rainfall is being forecast and as such, the risk of prolonged flooding is high or increased. All photos attached to this post were taken using my Nikon D3200 DSLR -18 to 55 mm lens to assist with the close in photos of flooded areas.