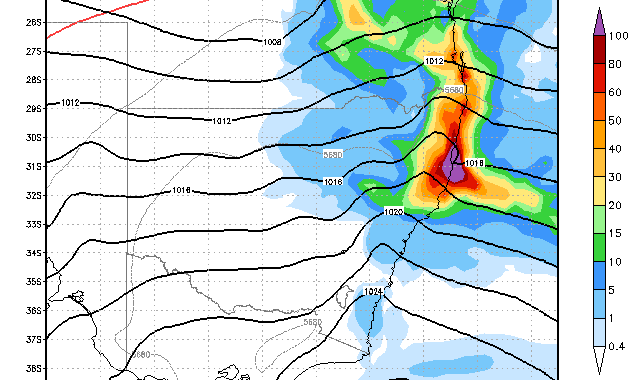 The Mid North Coast is the next region to be in the path of steady to heavy rain and flooding. Given that the region has had phenomenal flooding just two weeks ago, it would not take much rainfall to once again raise the river levels. The Bureau of Meteorology has already issued a Flood Watch which is a "heads up" for possible future flooding in the region. Included are the Peel River near Tamworth, the Hunter Valley Mid North Coast and Northern Tablelands.