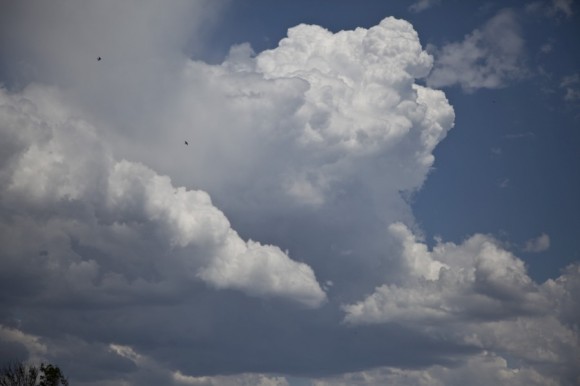 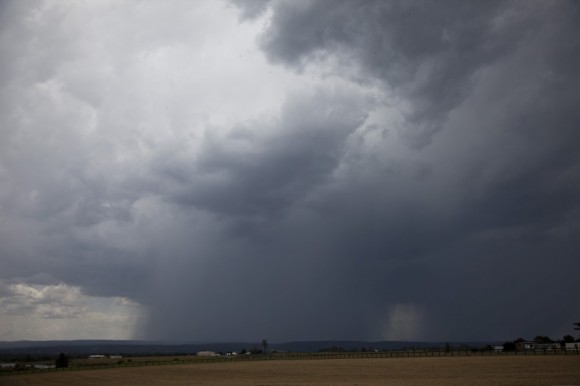 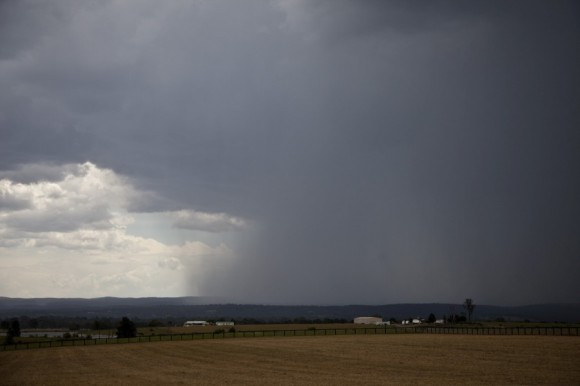 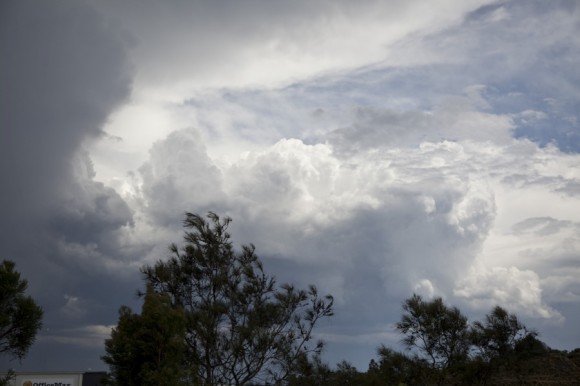 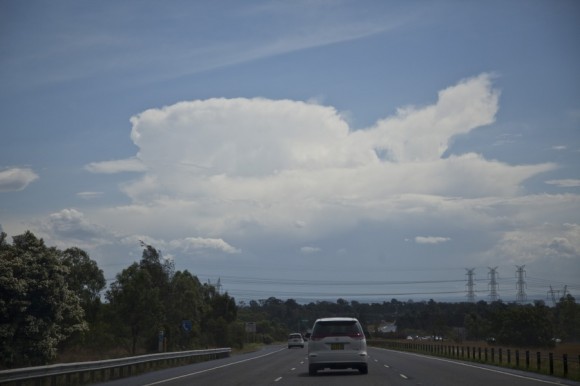 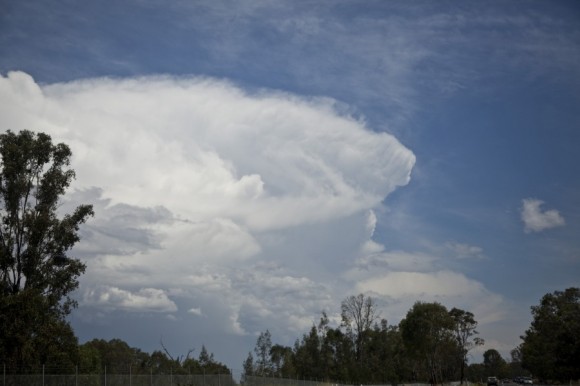 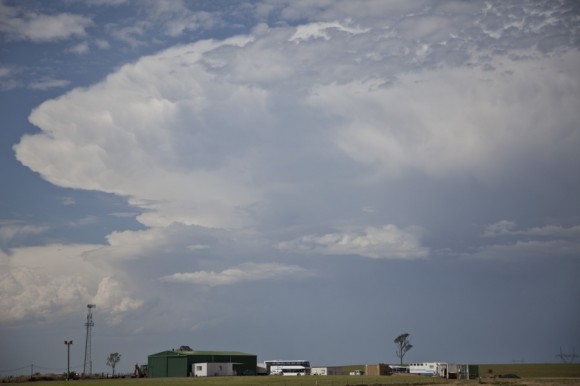 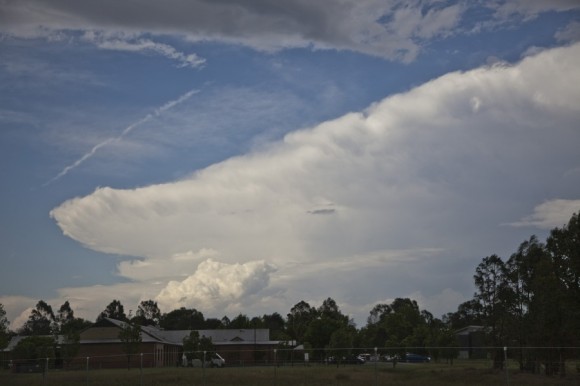 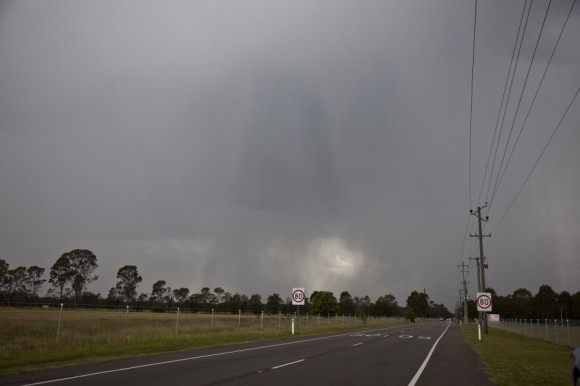 Second microburst developing near Londonderry. You could see the rain strands moving rapidly to the east! 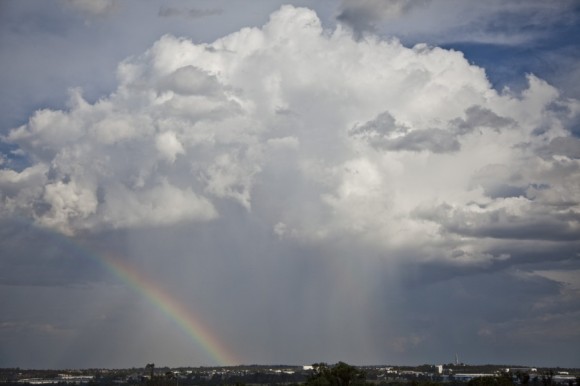 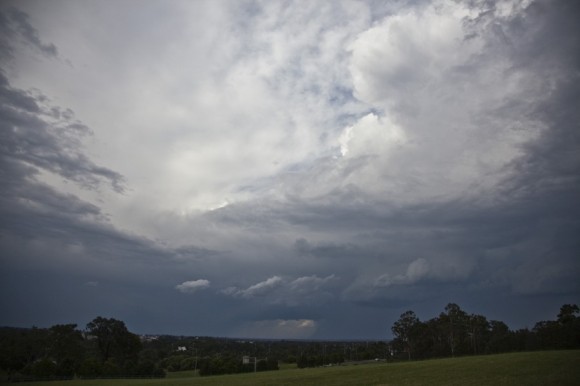 There was great certainty that storms would develop in the eastern NSW including the Sydney region. The issue were the dew point spreads being so great that bases of any storms developing were very high of the order of 3km in some cases. Storms in fact did develop southwest and west of Sydney as early as midday but once the storms reached well into the atmosphere they began to move rapidly! The first severe storms developed near Lithgow and approached from the northwest about 2pm producing the first microburst near Penrith. This storm moved extremely rapidly probably at a rate of 100km/h. This would have certainly assisted in the downward microbursts.

After having to let that storm race east, we turned around for the next storm line. Noting an outflow boundary, we neared this outflow boundary and then noticed that the storms intensified near this boundary. The second microburst occurred from near Londonderry and then rapidly moved east towards Blacktown Castle Hill and Parramatta.

Another line attempted to develop in the Sydney region but the moisture had been robbed by the previous line and the temperature had fallen to such an extent that the onset of the upper trough was not able to counter-act the intruding cold air aloft.

It was good to have chased with Harley and Colin and finally meeting with Shane on top of Rooty Hill. The lightning and heat had combined to produce more fires and we watched Elvis and another water bomber head towards the fires in the Blue Mountains.