Following on from the previous past concerning rainfall amounts for the first three months of 2022, another significant rainfall event has since occurred across parts of Eastern New South Wales and coastal areas between the Hunter Region to the north and the New South Wales South Coast to the south.

The result of this event is renewed flooding of low lying areas, renewed road closures and flooding along the Hawkesbury River valley at Richmond and Windsor. Fortunately, this time, the flood peak at Windsor PWD stands at 9.07 metres AHD which is within the range of moderate flood levels and well below the flood levels recorded in early March. 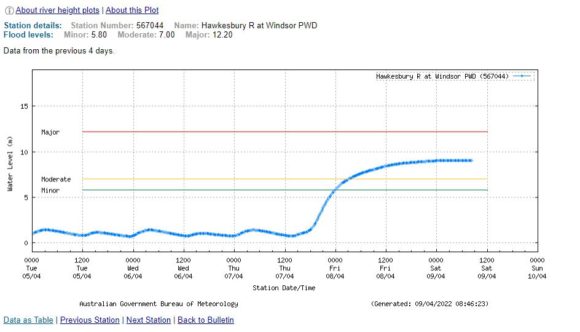 The Windsor Bridge has again been closed but the flood peak this time is below the road level. There are also other road closures at the usual low river crossings such as Windsor Road at McGraths Hill.

Heavy rain has again featured across Sydney but interestingly the heaviest falls occurred close to the coast with Sydney’s north western suburbs receiving the lighter totals. The flooding along the Hawkesbury River basin is mostly the result of the heavy rain falling within the river catchments across the south west and south of Sydney with the flood peak passing north along the river between Wednesday and Saturday.

For the 24 hours to 9 am Thursday morning, the heaviest totals were:

As a result of the high rainfall totals across south west Sydney, major flooding was occurring at Menangle Bridge by Thursday afternoon.

For the 24 hours to 9 am Friday morning, the heaviest totals were: As shown on the weekly rainfall plot of New South Wales generated on Water and the Land site, it is shown that cumulative totals of 100 mm to 200 mm occurred within an area from the Central Coast to just north of Batemans Bay with the heaviest falls being mainly coastal.

Additionally, cumulative total of 50 to 99 mm fell across much of the south east coastal areas, the north coast of New South Wales, the Snowy Mountains and a small portion of the northern inland area of the state. At the same time, the far south west and western areas of the state remained dry.

During the early part of the period, a burst of heavy rainfall impacted the far east area of Victoria with the far south east of the state being worst affected with 150 mm to 200 mm falling. This event caused some local flooding. Generally, East Gippsland and the hills of the southern Great Dividing Range were most impacted by this event. This event was relatively short lived compared to what has been occurring further north. 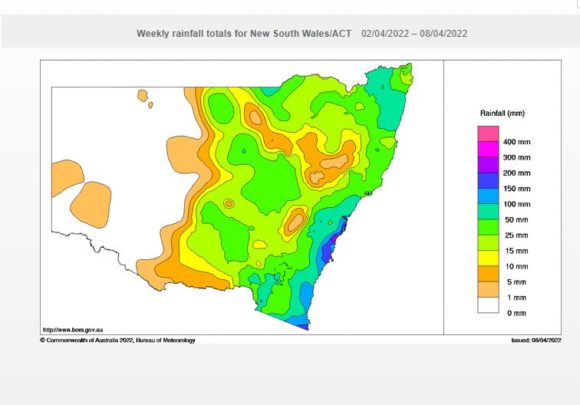 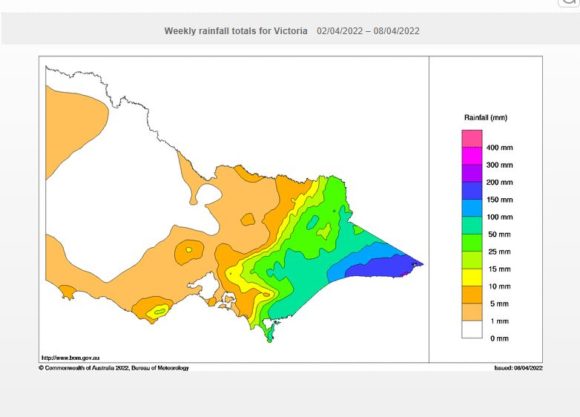 The attached plots produced on the Land and Water site show the areas of New South Wales and Victoria most affected by the latest rain events. The photos attached to the post provide some examples of the weather conditions being experienced across Sydney including heavy rain showers all of which have been contributing to the high rainfall totals and subsequent flooding impacts.