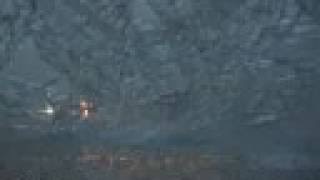 With the passing of legendary storm chaser Jim Leonard, the following simply sums up what Jim as a storm chaser was able to achieve in his many years in the field! From hurricanes, tornadoes including the first documented film of an anti cyclonic tornado, Jim Leonard got himself onto a significant storm in Ogallala Nebraska. Whilst trying to escape the storm to get into the position for a tornado, unfortunately he got himself into the monster hail despicted in this video. Certainly watch the whole video and let it tell the story!